What you've all been waiting for - full specs for our Camera Obscura release. To pre-order today, please click here. 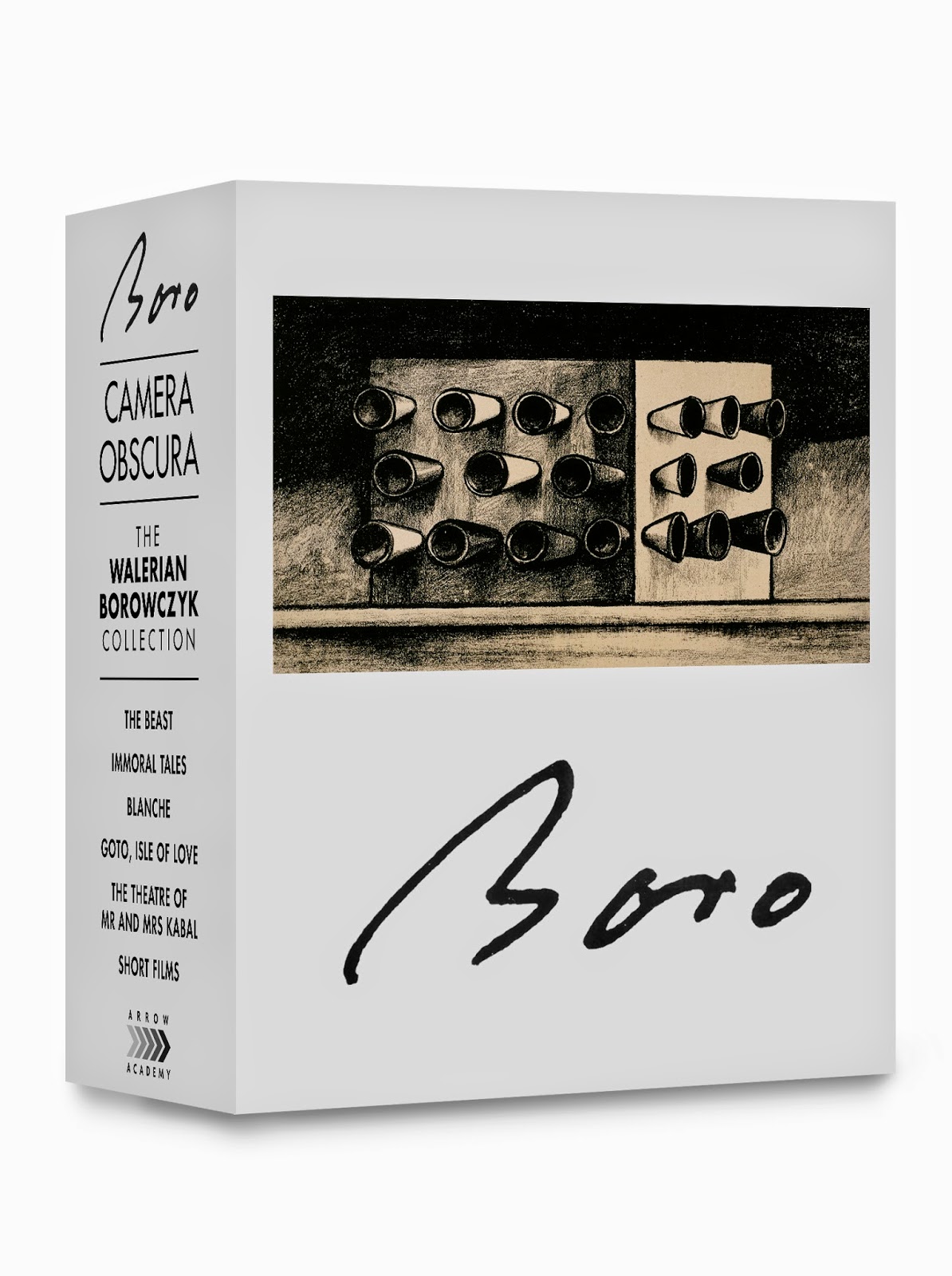 - Introduction by critic Peter Bradshaw.- The Making of The Beast: Camera operator Noël Véry provides a commentary on footage shot during the making of The Beast.- Frenzy of Ecstasy – A new visual essay on the evolution of Borowczyk’s beast and the sequel that never was, Motherhood.- Venus on the Half Shell.CAMERA OBSCURA [LIMITED EDITION EXCLUSIVE]
- A generously illustrated book edited by Daniel Bird and Michael Brooke featuring new essays, landmark articles by Raymond Durgnat, Philip Strick, Patrice Leconte, David Thompson and Chris Newby, Boro's Dictionary, an account of the restoration of Borowczyk films and Anatomy of the Devil, a collection of Borowczyk’s short stories translated from the original French by the filmmaker’s assistant, Michael Levy.
LIMITED TO 1000 COPIES