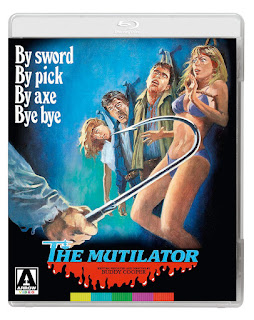 Since our expansion into North America, we’ve announced a number of exclusive Arrow Video restorations and we are currently at work on plenty more. At the time of writing, the number of unannounced restorations is well into double figures, while those that have already been released or will be on shelves very soon include the Spaghetti Westerns Day of Anger and Cemetery Without Crosses, horror titles Blood and Black Lace, Contamination, Eaten Alive and Island of Death, and Euro cult faves La Grande bouffe and The Strange Case of Dr Jekyll and Miss Osbourne.

As we have explained previously on this blog, the main challenge in restoring films is simply one of budgets. In a physical media market that is shrinking, the decision to restore films at great expense is not to be taken lightly. Since our very first end-to-end restoration – carried out for our 2012 release of Zombie Flesh Eaters – the question we have had to ask ourselves is: How can we restore the films we want to release in order to get the best possible presentation and stay in business? 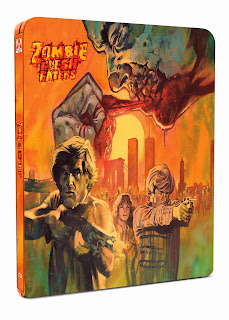 The answer, of course, was the risky move towards expansion into North America. This allowed us to release our restorations into two territories, and so began the hunt to find new titles, helped along by your ever-welcome stream of suggestions and our own wishlist. But finding films, and – crucially – suitable materials, can be a very long and difficult process. Our Walerian Borowczyk boxed-set, for example, had been a dream of its producers for more than a decade, while discussions with Buddy Cooper, the producer and director of The Mutilator, have spanned almost two years. Fortunately, we’ve been planning ahead so have plenty of titles that we’re currently working on…

The Arrow Video label was founded on horror, encompassing classic US titles, gialli and other Euro gems, and quickly developed into a wider array of cult movies encompassing everything from Chuck Norris to Blaxploitation, from teen comedies to J-horror, from yakuza flicks to the indefinable and all-out weird. However, the quality of existing masters plays its part here: sometimes they simply do not exist and other times they don’t meet up to our standards thanks to overzealous digital tinkering or other issues. 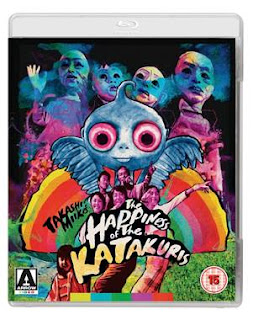 It’s great to be able to focus once more on gore and gialli and slasher movies thanks to our in-house restorations (fans of Dario Argento, Lucio Fulci and Blood Feast 2 will all have good reasons to get excited – hint hint!) while continuing to release a wide variety of cult films thanks to the relationships we’ve established with producers and studios that can provide high quality HD masters. That combination provides the greatest possible evolution for our label and its ever-expanding schedule. (Arrow Video’s first year, in 2009, saw just four releases; 2014 delivered an amazing 52 new-to-the-label titles in the space of 52 weeks!)

During Arrow Video’s six years of existence we’ve maintained an ongoing dialogue with fans thanks to our various social media platforms, including Facebook, Twitter, YouTube and Instagram, plus the dedicated email address: suggestions@arrowfilms.co.uk – we do read every single one, even if we’re unable to reply to each to one individually. Communication has never been higher, so please do ‘Like’, ‘Follow’ and ‘Subscribe’ were necessary and continue to tell us how you’re enjoying the selection of titles and, just as importantly, what you’d like to see us restore.
Posted by Arrow Video at 11:42