Shock and Gore: Creating the Eyeballs 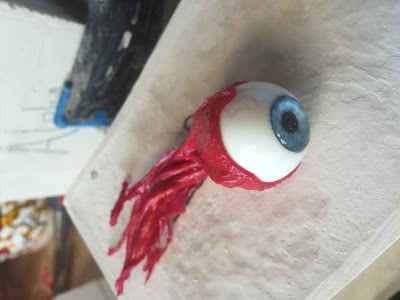 Shock and Gore: The Films of Herschell Gordon Lewis was a very ambitious set for us. Our release brought together fourteen of the Godfather of Gore’s most essential films (including nine Blu-ray world debuts) and a whole host of extra goodies -  including custom made eyeballs - and we were lucky to have special effects guru Dan Martin on board to create these eyeballs (from scratch!) for this project.

Dan's work has been featured in films from around the world including High-Rise, Batman Begins, Nina Forever and The Human Centipede II to name a few - you can check out his full filmography here.

During the production process, Dan and his team very kindly documented the creation of the eyeballs with some great behind the scenes images that we have the pleasure of sharing with you today.  A HUGE thanks goes out to Dan and his team for their help with this project - we really couldn't have done it without them!

Without further ado, we pass things over to Dan to narrate the journey of the Shock and Gore eyeballs...

Stage one. The eyeballs


Here is the starting point for the whole project. The eyeball blank. 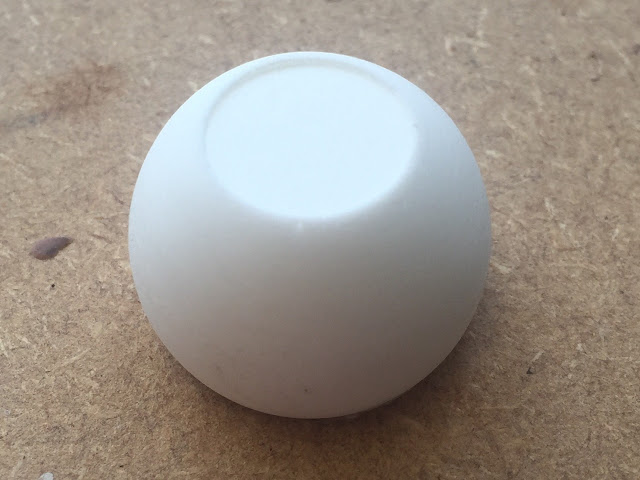 A printed Iris and pupil is then added... 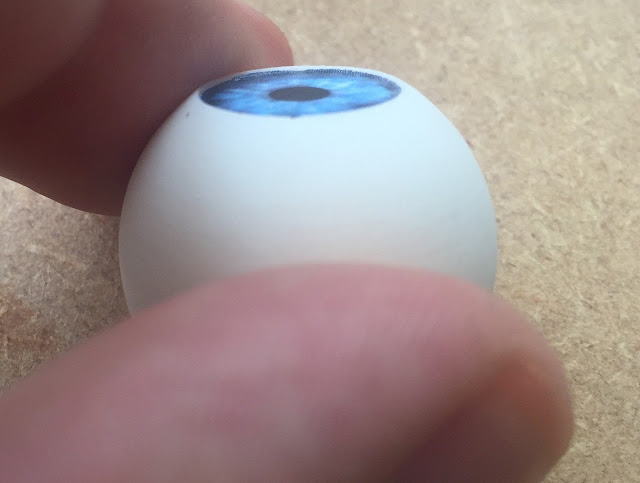 The final eyeball colours are selected... 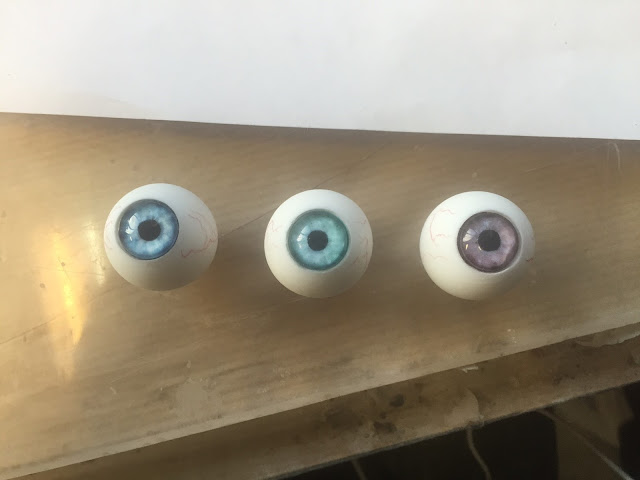 And the project gets underway... 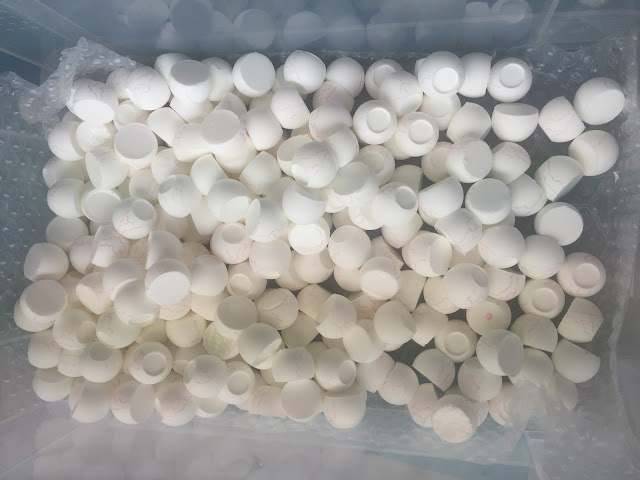 The team prep each individual eyeball by hand ready for the iris colours to be added... 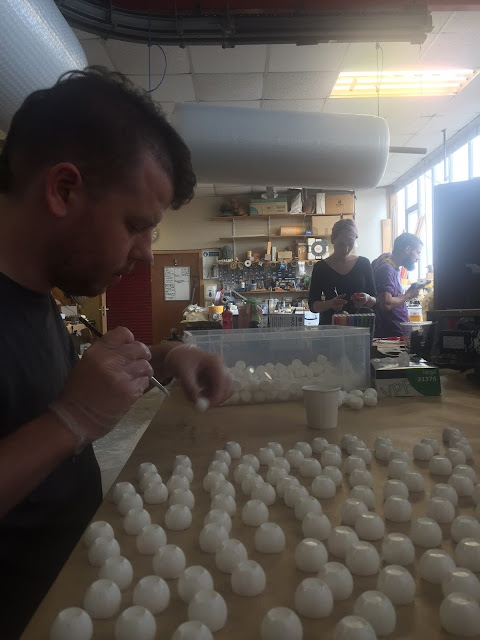 Colours are then added and the eyes wait for lenses... 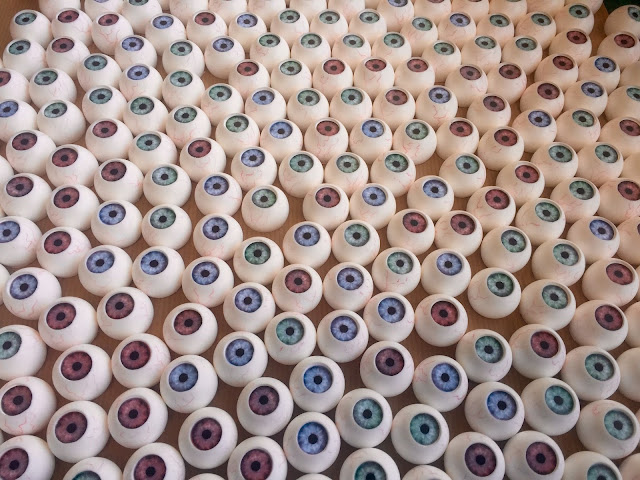 Things are coming together! The eyeballs are now lensed up. 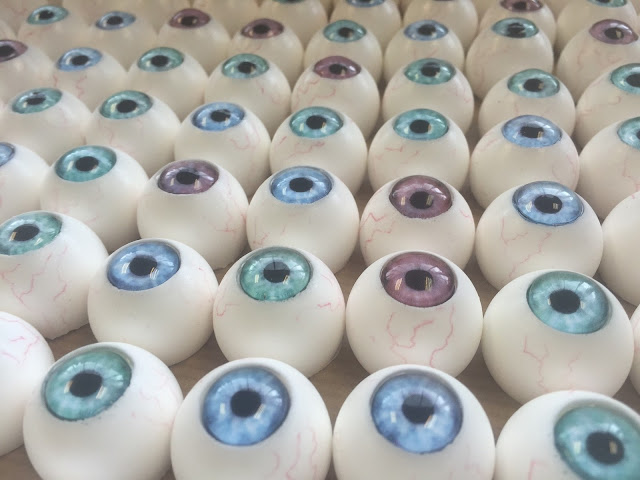 The first 500 eyes are ready to have their nerves fitted. 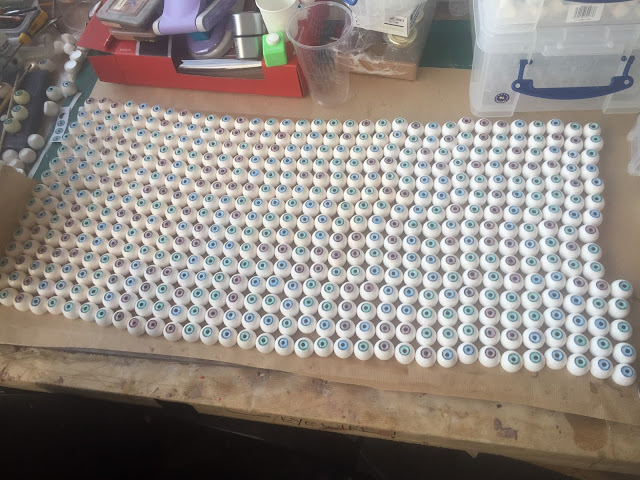 Below is the base sculpt for the nerve. It will be moulded in gypsum and cast in natural rubber and synthetic wool. 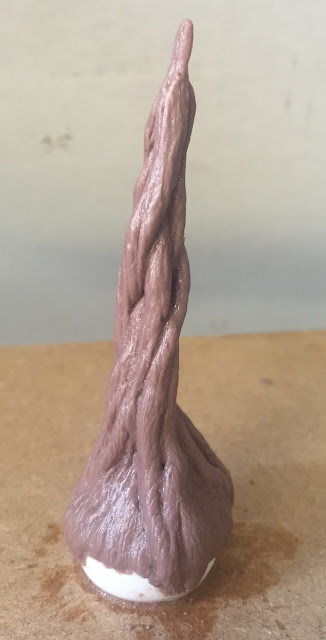 This is the pigmented latex rubber that is used to make the nerves. 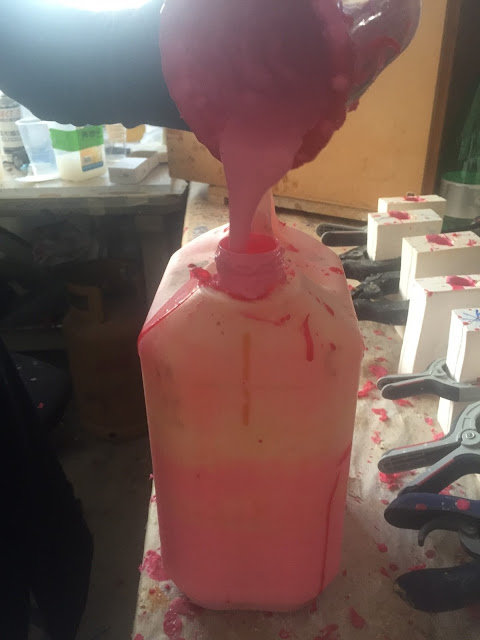 The latex is then poured into moulds. Each one sits for 30 mins in its plaster mould and then bakes for 40 mins before it can be taken out. 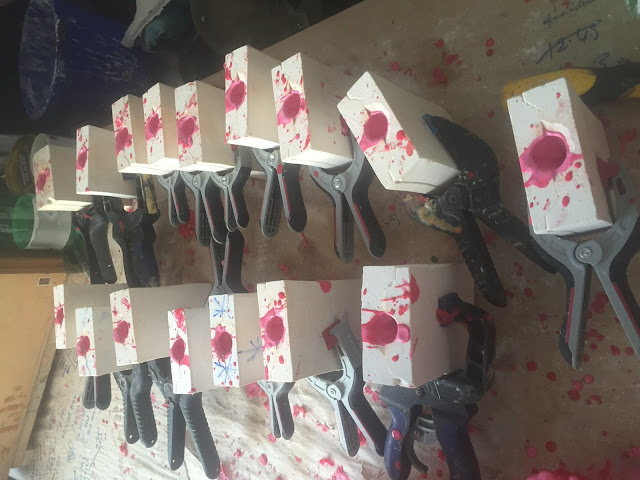 There are 32 moulds in rotation. These are doing their time in the hotbox. 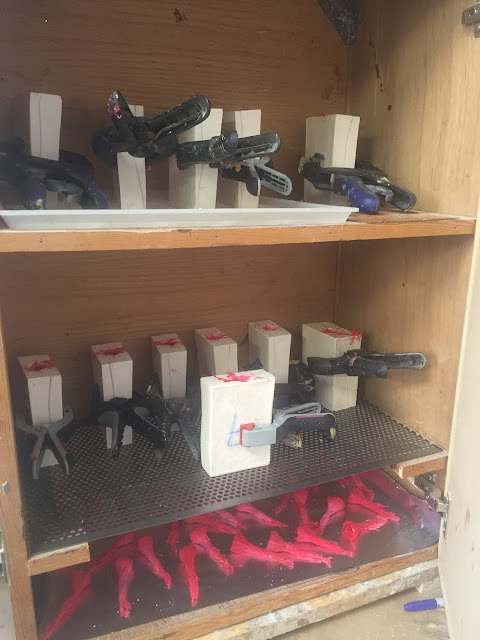 This nerves below are still wet from the casting. The colour comes in over the 24 hours post demould. 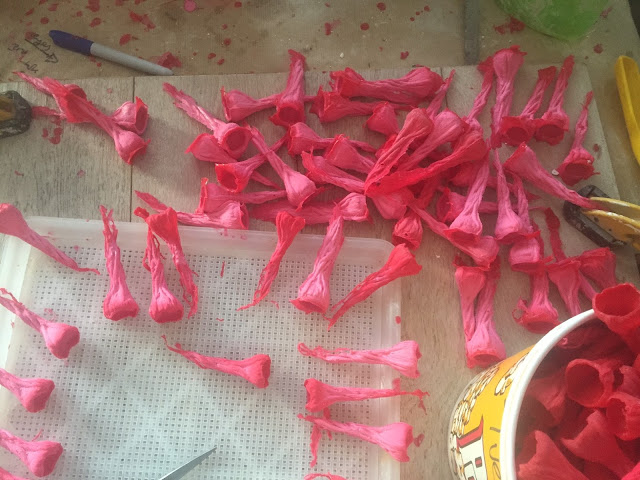 The nerves are then baked, post dried and trimmed they get put in the boxes for storage. 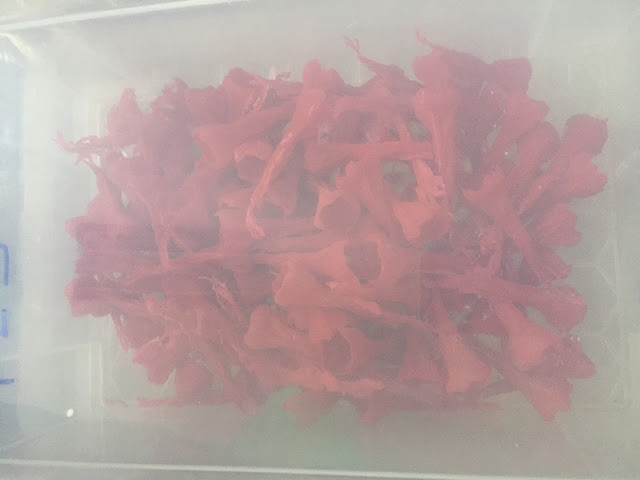 The nerves in progress. At this stage 300 have been made. The right bucket are waiting to be trimmed. 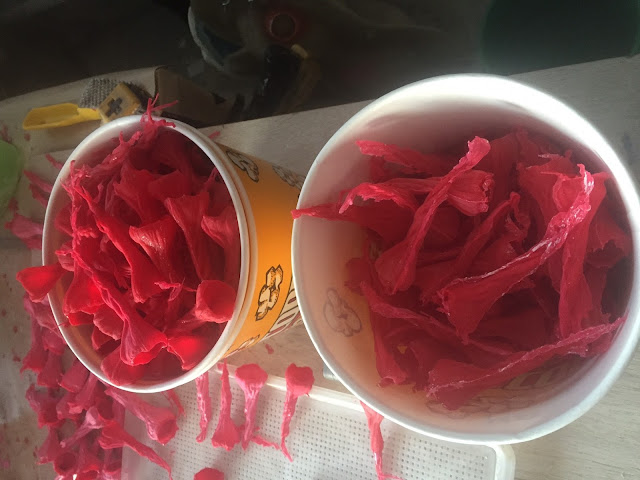 We're now experimenting with a varnish top coat to tie the whole thing together. 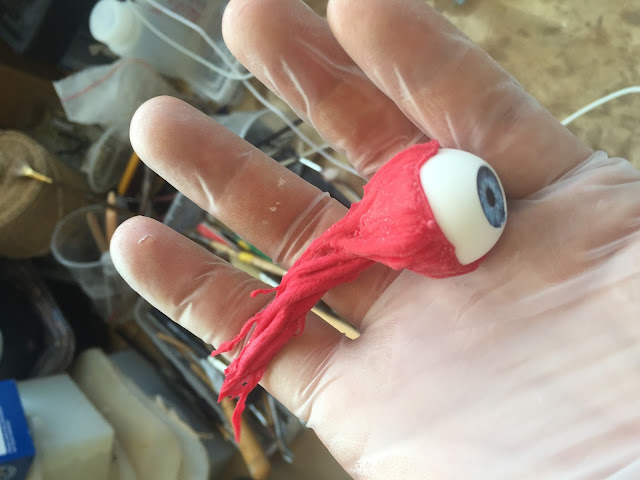 The testing continues! Below is a test varnish of the nerve and eye surface. 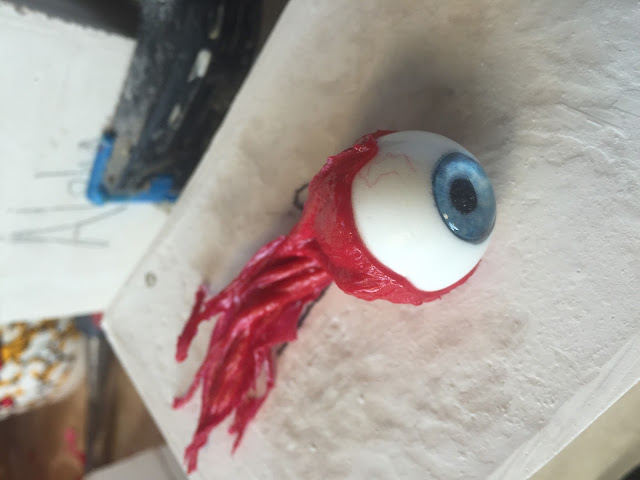 Aaaaand the eyeballs are complete and ready to be packed! 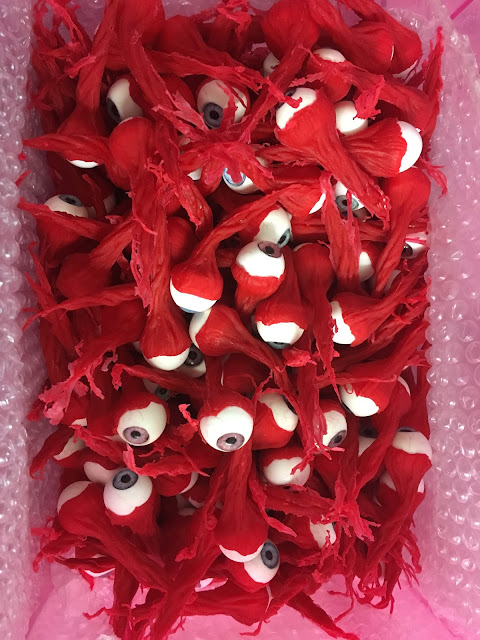