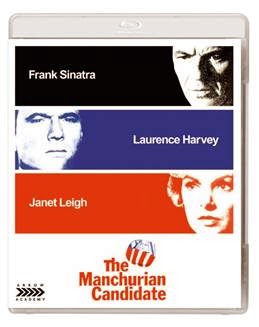 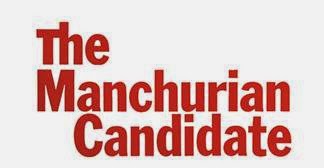 Arrow Video is delighted to announce release of John Frankenheimer’s 1962 Cold War suspense thriller The Manchurian Candidate. Starring Frank Sinatra, Laurence Harvey, Janet Leigh and Angela Lansbury in her Oscar-nominated role, this newly released Blu-ray and DVD will be available to own from 23rd February 2015. One of the all-time classic paranoid conspiracy thrillers (which developed a conspiracy theory of its own when it became very hard to see between the Kennedy assassination of 1963 and its reissue twenty-five years later), it remains remarkably fresh today, a tribute to just how astute Frankenheimer and source novelist Richard Condon were in distilling age-old fears about foreign invasion and mind control into a heart-poundingly thrilling drama.


The new edition boasts a bumper crop of bonus features such as an audio commentary with director John Frankenheimer, alongside the 2003 hour-long documentary, The Directors, focusing on Frankenheimer, plus an appreciation by William Friedkin (director of The Exorcist) who came from the same hectic live-TV background as Frankenheimer. Packaged together with this, the extra features also include interviews with Frankenheimer, Frank Sinatra, George Axelrod and Angela Lansbury.

The reversible sleeve will showcase both the original and the newly commissioned artwork by Jay Shaw alongside a collector’s booklet featuring new writing on the film looking into the cultural/political context and actual CIA mind control experiments, illustrated with original archive stills and posters.

After saving the lives of his platoon during the Korean War, Sergeant Raymond Shaw (Laurence Harvey) is hailed as a bona fide American hero. This couldn’t have come at a better time for his mother (Angela Lansbury) who is hell-bent on boosting the career of his stepfather, a senator straight from the McCarthyite wing of the US political spectrum with designs on the Presidency.

So far so familiar – but why does Shaw’s former captain (Frank Sinatra) have recurring nightmares that suggest that his distinguished comrade-in-arms might not be all that he seems?

Based on the memorably paranoid bestseller by Richard Condon (Prizzi’s Honor), this is one of the greatest of all Cold War suspense thrillers, not least for its alarmingly original take on the notion of “the enemy within”. Angela Lansbury won multiple awards and an Oscar nomination for her performance as one of the most monstrous mothers in screen history, but perhaps the most unnerving thing about the film is the way that its political satire remains so perfectly on target more than half a century later.