What's the transfer like? What print did they use? Talking about the technicalities of discs

We are often asked technical questions about what a film will look like on a forthcoming release. Questions that frequently arise are " Will Arrow use the same transfer as label X", or "Is it a new restoration/new print” etc. To prevent information from being misconstrued we tend to reply using standard industry terminology. However as this may not always make things clear, we thought a good way to remedy this would be to walk you through the process of how a disc is made at Arrow.

The best place to begin is with the master.  Sometimes it happens that an available master is perfectly suitable, especially if recently produced to the same technical standards we work to. Alternatively, sometimes a master can be used as a decent starting point where we can make suitable improvements through grading, restoration, etc. to bring it up to a suitable standard for release. And sometimes, when no master materials are deemed acceptable, we bite the bullet and start from scratch by creating a new master ourselves. The bottom line is that we will always release the highest quality version possible, as we want every Arrow edition to be a film's definitive presentation.

When faced with the option of restoring and remastering a film ourselves, the most important thing is what materials there are to work from. In most instances, the original negative (or OCN) is what's most preferred, as this should yield the sharpest, most detailed image possible. But as the negative isn't often available (it may be inaccessible, in poor condition or in some cases even lost) we sometimes have to rely on the next generation in the laboratory printing chain, most often the Interpositive (or in the case of black and white titles, the fine grain positive). These can often prove to be very reliable sources to work from, as their initial lab timings are already printed into the material, which gives us a rough guide to work from while grading. From this point, one relies on whatever other film elements might be available, working down the original printing chain until one arrives at a theatrical print, which is usually the last resort for source materials. 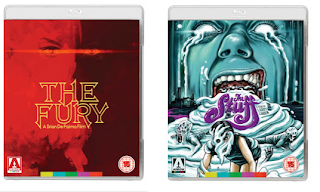 Once the film elements are selected for use, the reels are carefully scanned at high resolution (most often 2K) and carefully graded scene by scene to match the film's original colour timings. The images are then put through digital restoration, removing instances of dirt, scratches, debris, film damage, and warps and improving density and stability issues. This work is carefully supervised to ensure that the original film grain, details and texture are left intact, and that no digital artefacts are created as a result of image processing.

Sound is just as important to us. Just as we want to present the film's images as closely to its original theatrical release, the same goes for the audio. Our preference is to always prioritise the original audio presentation - whether it be stereo or mono - over any new remixed, or redesigned audio version. We make these newer versions available on our releases, but never at the expense of the original audio, which remains our main priority.

Sometimes a restoration is fairly straightforward, when all the desired original elements are readily available and easy to work from. But it's often not that simple, and given the history of some of the titles we work on (different cuts, versions, changing ownership of titles, etc.) we may end up in some cases relying on several different elements to produce a finished master.

To put it simply, each new restoration presents its own set of challenges, and often these challenges require creative solutions. But in every case, we strive to present our films in the most historically accurate presentation possible. 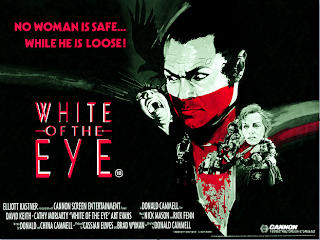 Whilst improvements can be made in the stages described above, the final presentation of a disc can be greatly affected by the compression process, due to the amount of data that has to be removed or represented in a different way in order to fit the film onto a single disc. For that reason, two different encodes of the same source master can still show quality differences.

The Blu-ray Disc format has the capability to use three video codecs: MPEG-2 (which readers may be familiar with from DVD), Microsoft's VC-1, and AVC (sometimes also called H.264, which is the name of its specification document). Over time, AVC has emerged as the standard. AVC is used on everything from YouTube, to mobile phones, to over-the-air TV, and of course on Blu-ray.

When comparing different releases of the same film (which are usually made from the same master element), there's much discussion of the video bitrate. It's often assumed that the encode with the highest bitrate will be the better one. While a high bit rate is a good thing, it is not a guarantee of encoding quality. For example, the best AVC encoders can achieve better quality at 20mbps than poorer ones would at 30mbps, owed to superior psychovisual optimisations (algorithms which prioritise which parts of the image are compressed relative to how visible they are to the human eye), accurate motion estimation, and other under-the-hood programming. Some encoders also come with detail-reducing features such as low-pass filters enabled by default.

For the best possible result, the compressionist has to adjust the various encoder settings in a way which produces a result closest to the original film and suppresses any unavoidable quality loss as effectively as possible. This typically involves a lot of trial and error and close-up analysis of the decoded results. For example, on Arrow's highly detailed new scans of films such as Time Bandits, adjustments had to be made to keep the finely textured film grain and details intact, due to the highly detailed nature of the new scans. On the upcoming Cinema Paradiso, manual fine-tuning was done to retain as much of the finely coloured film grain as possible, which results in the final image appearing as subjectively as "colourful" as the original negative, especially when viewed on a large-screen TV or projector. 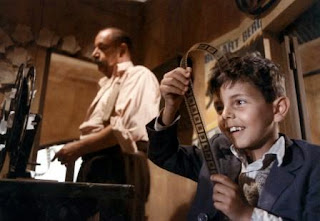 We try to include as many details as possible in our booklets as to what the source master was and who prepared it along with credits to all involved. We hope this post will help to inform you about the processes involved in bringing a film to Blu-ray and DVD and if you have any questions please let us know in the comments below!