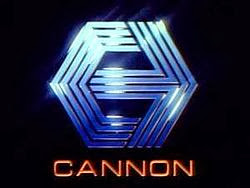 Some time ago, in a galaxy far, far away…

There was a production company by the name of Cannon Films. Ok, so they might not have come from an alternate galaxy, but a lot of their movies did take us to worlds beyond our own.

We love Cannon Films here at Arrow Video, and with our brand-spanking new release of Lifeforce just days away, we decided to celebrate with a rundown of the best Cannon Films output – as voted by you! So buckle up and prepare yourself for a whistle-stop tour through some of the zaniest movies in the galaxy… 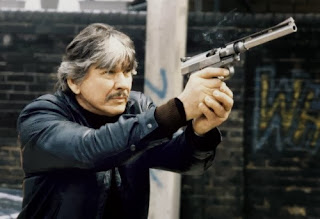 Third time’s a charm for hard-man Charles Bronson and director Michael Winner, as Death Wish 3 sneaks in the back door to garner joint 10th place in our rundown. The last entry in the franchise to be directed by Winner, this second sequel sees Bronson reprise his role as vigilante Paul Kersey – this time round facing off against youth gangs in New York. Seen by some as a bit of a send-up of the original film, contemporary critics didn’t see the joke and criticised Death Wish 3 for being overly-violent. “Calm down Dears, it’s only a movie!” 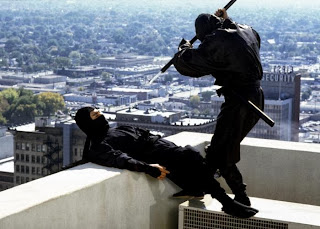 Don’t you just hate it when you go into business with your mate, only to discover that the doll shop you’ve opened up is actually a front for a heroin-dealing business? That’s exactly what happens to ninja Cho Osaki (Sho Kosugi) after he moves to California following the slaughter of his family. Needless to say, once he realises he’s been taken for a ride, said ninja swiftly seeks revenge. 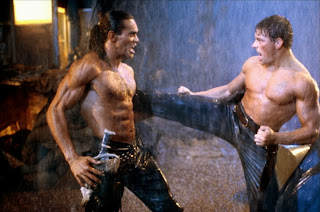 Surely the crowning glory of the entire American martial-arts science fiction film sub-genre, Cyborg stars the Muscles from Brussels himself as Gibson Rickenbacker. Nope, he’s not an expensive guitar but a fly-kicking mercenary on a mission to rescue a cyborg who just happens to hold the secret to saving the post-apocalyptic world. Obviously. 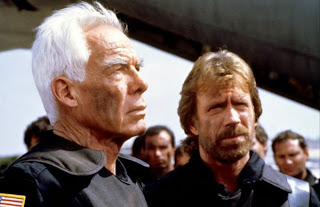 Legend has it that when the Boogeyman goes to sleep every night, he checks his closet for Chuck Norris. If that’s true then these bad guys are in some serious dog doo! The last film to feature Lee Marvin (best known for his starring role in crime series M Squad), The Delta Force sees a group of Lebanese terrorists hijack an American Travelways flight. Unfortunately for the terrorists, Captain Scott McCoy (Chuck Norris) has been called in to open the proverbial can of whoop-ass on them. 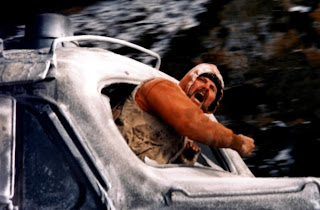 Two convicts break out of Stonehaven Prison in the dead of winter, boarding a freight train with the intention of getting as far away as possible before their notoriously sadistic warden finds out. But the brakes fail and the driver has a heart attack, sending hundreds of tons of metal hurtling through the snowy Alaskan wastes at terrifying and unstoppable speed. Based on a script by Akira Kurosawa (Seven Samurai), Runaway Train features Jon Voight playing spectacularly against type as a criminal so vicious that he served much of his sentence welded into his cell. 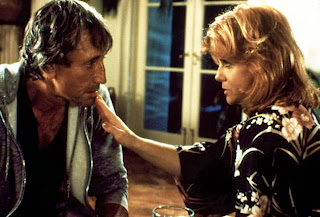 One of the more critically-acclaimed entries in the Cannon Films, erm… canon… 52-Pick Up is reasonably faithful adaptation of Elmore Leonard's novel of the same name. Over a decade after he needed a bigger boat, Roy Scheider stars as a successful businessman who finds himself in a sticky situation when he’s blackmailed with a video tape of himself his young mistress. 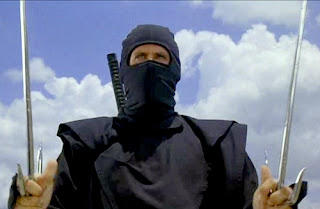 If there’s one thing that the Cannon Films back catalogue isn’t lacking, it’s movies with the word “ninja” in them. No relation to the aforementioned Revenge of the Ninja, American Ninja features Michael Dudikoff as a soldier-turned-ninja tasked with defeating the secret Black Star army. As the film’s trailer (bearing the original title American Warrior) ominously declares: “The deadliest art of the Orient is now in the hands of an American!” Be afraid. 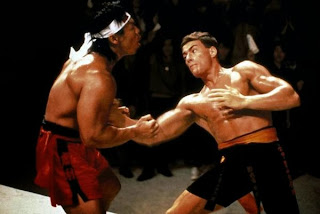 The second Van Damme/Cannon Films collaboration to grace our Top 10, Bloodsport sees the Expendables star in fine fettle as an American Ninjutsu expert who sets of Hong Kong to take part in a deadly and illegal underground martial arts tournament. Sport of a bloody nature ensues. Best bit? There’s so many to choose from, but I’m going to go with the line: “He's the American shithead who makes tricks with bricks!” 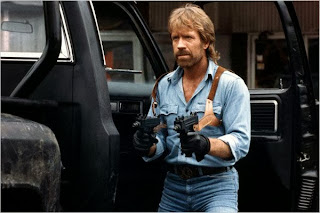 Determined not to be outdone by the man who played Guile in Street Fighter, Chuck Norris fly kicks his way ahead of the competition to make his second entry in our Cannon Films rundown. Emerging in what was clearly a vintage year for Cannon, Invasion U.S.A. (confusingly sharing its name with a 1952 movie to which it bears no relation) features Chuck Norris as a one-man army facing off against an enemy of the Stars and Stripes. Who could have seen that coming? 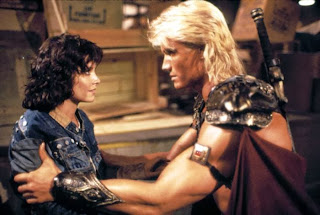 Sharing the space on the Fourth Plinth of our Cannon commemoration is this, the live-action incarnation of everyone’s favourite little plastic man. Dolph Lundgren sports a suitably smooth, oiled-up chest in his interpretation of He-Man, aka The Most Powerful Man in the Universe, and his battling against the evil Skeletor (Frank Langella) for control of the cosmos. Highlights include an early appearance by Courtney Cox as waitress Julie and a theme tune that comes on like a mash up between Superman and Police Academy. Masters of the Universe currently holds an 18% “Rotten” rating on Rotten Tomatoes… But really, what do they know eh? 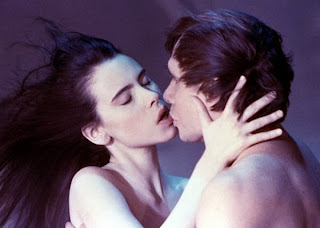 Steaming into the coveted second place slot is this space-bound adventure which is about to hit shelves in a stellar (get it?) edition from yours truly… And this isn’t even a fix! Good job you guys voted Lifeforce, the barmy sci-fi actioner from cult director Tobe Hooper, as your second favourite Cannon Films title ever. And really, how could it have gone any other way? Boasting a plot which takes in Halley’s comet, desiccated bat creatures, bloodthirsty zombies, space vampires and Patrick Stewart snogging a bloke, Lifeforce is this movie that truly as it ALL. Oh, and Mathilda May is butt-naked throughout. 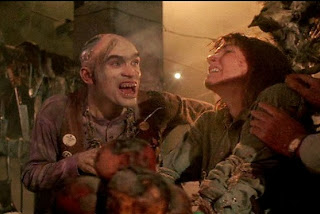 It shouldn’t really come as a surprise to anyone that, topping the list of your favourite ever Cannon Films movies, is the mighty, meaty The Texas Chainsaw Massacre 2. Ok, so it’s a complete about-turn on the gritty realism and kitchen-sink aesthetics of Tobe Hooper’s seminal The Texas Chain Saw Massacre. But that’s exactly how it should be – Hooper had the smarts enough to know that attempting to recapture the lightning-in-a-bottle that was his original movie would be a futile endeavour. Instead he delivered this fun, frantic and frenzied sequel which delivers the gore and giggles in equal spades. Bill Moseley’s manic performance as the repellent Chop-Top is inspired, whilst Caroline Williams assures her place in Scream Queen history with her role as Stretch, the wily DJ with a penchant for denim Daisy Dukes. And we haven't even touched upon Dennis Hopper's truly unhinged turn as a chainsaw-toting angel of vengeance. This is one Massacre not to be missed!

So there you have it folks, the Top 10 Cannon Films movies as voted by you. Many thanks to all those who voted!

Lifeforce is released on Blu-ray and SteelBook™ from Arrow Video on 14th October, whilst the very special, limited edition 3-disc set of The Texas Chainsaw Massacre 2 is available to pre-order here!

Still not enough Cannon Films to sate your appetite? Then you can still pick up teen-sex romp The Last American Virgin here and Jon Voight-actioner Runaway Train here!