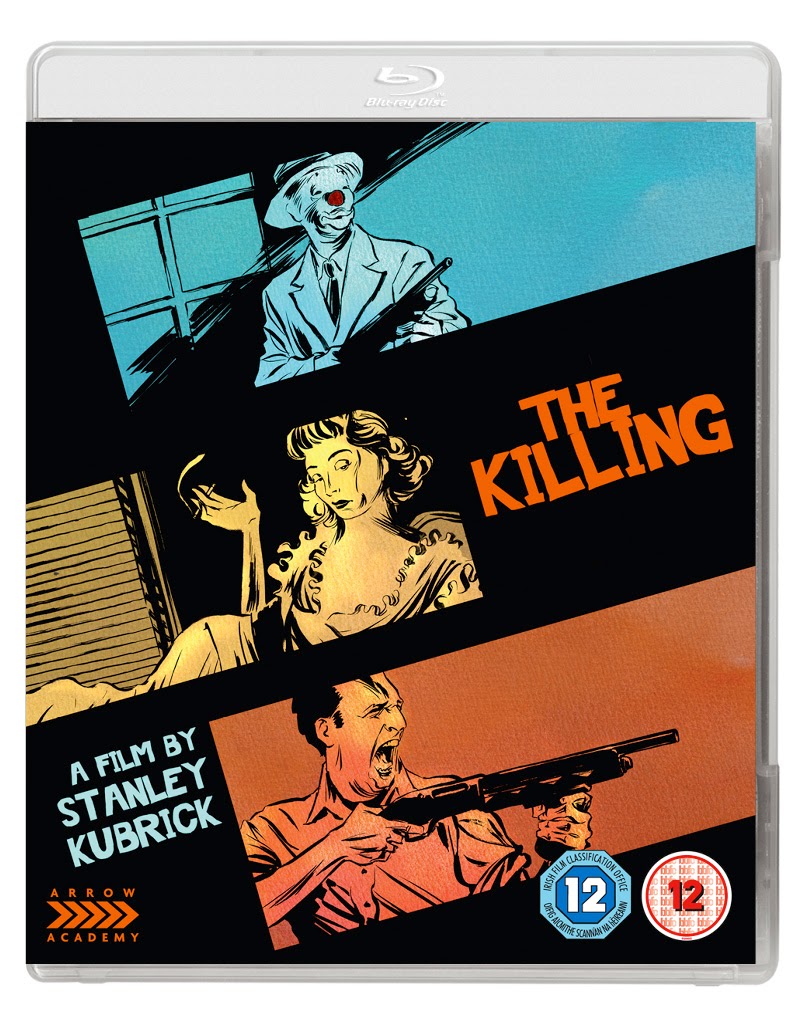 Arrow Films’ Arrow Academy label is proud to announce the release of Stanley Kubrick’s first masterpiece, the crime classic The Killing (1956), making its Blu-ray debut in the UK from 9th February 2015. This exclusive edition will also include the director's previous feature, Killer’s Kiss (1955), another essential piece of noir 50s cinema.
This feature-packed Blu-ray will include a high definition transfer of the film, alongside an introduction and appreciation by noted British filmmaker Ben Wheatley. Together with this, the disc will also include an archive interview with lead actor Sterling Hayden, alongside a featurette looking at Kubrick’s 1950s output with critic Michel Ciment. The disc will also feature the original theatrical trailers for both films, with a reversible sleeve featuring original and newly commissioned artwork by Reinhard Kleist and a collector’s booklet containing new writing by Peter Krämer, Barry Forshaw and filmmaker Ron Peck, illustrated with original archive stills.

Synopsis
An ex-con, a corrupt cop, a reformed alcoholic, a wrestler, a sharpshooter and a pair of inside men: these seven men intent on executing the perfect robbery and taking a racetrack for two million dollars. But this is the world of film noir, a tough, sour place where nothing quite goes as planned…

For his third feature Stanley Kubrick adapted Lionel White’s Clean Break with a little help from hard-boiled specialist Jim Thompson (The Killer Inside Me), and in doing so created a heist movie classic, one to rank alongside John Huston’s The Asphalt Jungle and Quentin Tarantino’s Reservoir Dogs. The robbery itself is one of cinema’s great set-pieces, as taut a piece of filmmaking as you’ll ever find, expertly controlled by Kubrick, who called The Killing his “first mature work”.

Starring Sterling Hayden (Johnny Guitar, The Godfather), perennial fall guy Elisha Cook Jr (The Maltese Falcon, The Big Sleep) and Marie Windsor (The Narrow Margin) as his duplicitous wife, The Killing is quintessential film noir, still as brutal, thrilling and audacious as it was almost six decades ago.

This deluxe package will be full of special features and bonus material including: