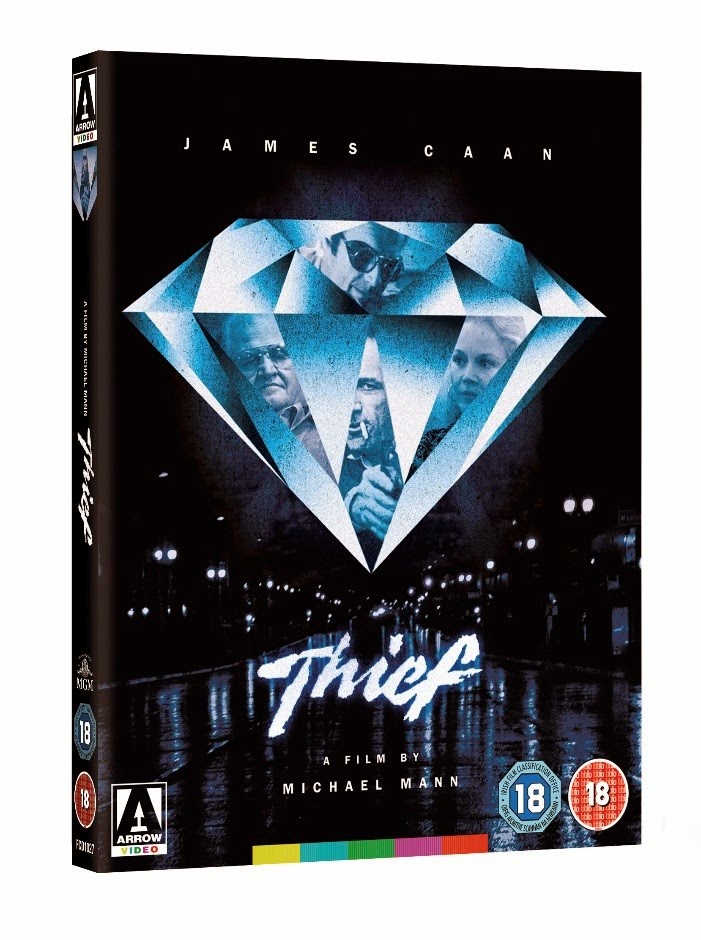 Arrow Video is excited to announce the UK Blu-ray release of Michael Mann’s debut feature film Thief, which arrives on 26th January 2015. This new release will be limited to 3,000 exclusive slip-case Blu-rays which will include two versions of the film, the original theatrical cut and an extended director’s cut.

Released in 1981, Thief, Michael Mann's first theatrical feature, paved the way for his iconic 80s TV show Miami Vice and his acclaimed films which followed thereafter; Manhunter, Heat and Collateral. The new restoration of the film includes a director-supervised 4k transfer of the film and a host of exciting new extras, including a Michael Mann and James Caan commentary, an hour-long doc on Michael Mann's career and two interviews with James Caan, one conducted in 1981 for French television, the other especially commissioned for this release.

Alongside this, this exclusive edition will also include the new featurette The Art of the Heist, an examination of Thief with writer and critic F.X. Feeney, as well as a theatrical trailer, a reversible sleeve featuring original and newly commissioned artwork by maarko phntm and an illustrated collector’s booklet featuring new writing on the film by Brad Stevens.

For his first theatrical feature, Michael Mann (Manhunter, The Insider, Miami Vice) returned to the rain-soaked streets of his hometown, Chicago, for a stunning piece of neo-noir starring James Caan (The Godfather, Rollerball) at his toughest.

Caan plays Frank, a jewel thief and former convict who is looking to settle down with his girlfriend (Tuesday Weld, Once Upon a Time in America) and begin a family. But when his ‘fence’ is thrown from a window and the Chicago mafia begin to flex their muscles, his hopes of a quiet life become anything but…

With a sterling supporting cast in the shape of James Belushi, Robert Prosky, Willie Nelson and Dennis Farina, lush electronic score by Tangerine Dream and the assured direction of Mann, Thief is a standout eighties crime flick that paved the way for the his later urban thrillers such as Heat and Collateral as well as Nicolas Winding Refn’s Drive.