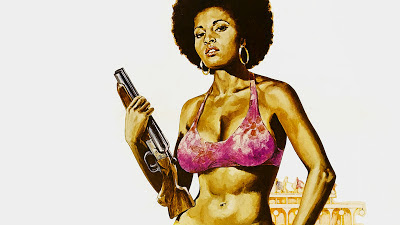 Author's disclaimer! I've created this list with at least some caution because I've argued in my current PhD that 'blaxploitation' be redefined as a style of filmmaking - personified by the early agitprop approach of Melvin Van Peebles' classic Sweet Sweetback's Badasssss Song (1971) and built upon by the similarly gritty approach of Super Fly (1972, Gordon Parks Jr.) - but, in the interest of keeping to the popular notion of the term (i.e. films featuring funky African-American heroes or heroines) - here is my top 10 'black action movies' instead. I think when most people say 'blaxploitation' these are the titles that come to mind... 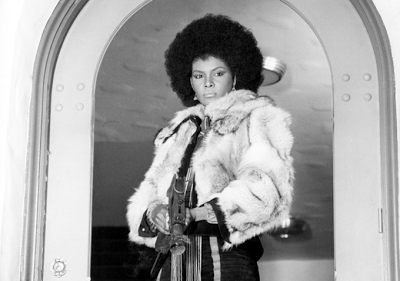 The late Jack Starrett could usually be counted on to deliver some action-packed goods and Cleopatra Jones certainly proves this point. Actress Tamara Dobson is excellent as Cleo - and, although the movie lacks the politics of the Jack Hill films, this female James Bond-style shoot 'em up is a ton of fun. Alas, Dobson became another victim of the Blaxploitation moniker - largely disappearing from the screen after the flop follow-up Cleopatra Jones and the Casino of Gold (Charles Bail, 1975). 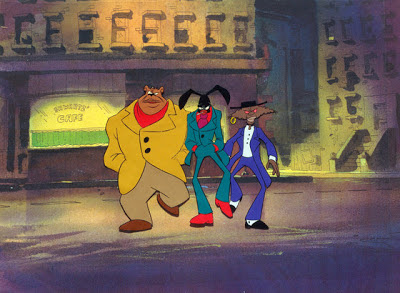 With a title like this (one that director Bakshi was opposed to) Coonskin was always going to be controversial. Unfortunately, the movie's misleading moniker alienated audiences and Bakshi's animated gem - which aptly satirises black stereotypes, discrimination and features Barry White on voice duties - has been largely underappreciated. The filmmaker himself considers it his best work. See it and judge for yourself. 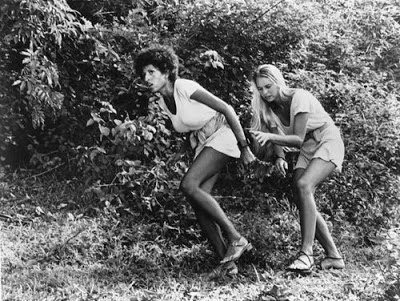 A sort-of rehash of The Defiant Ones (Stanley Kramer, 1958), this Eddie Romero outing - shot in the Phillipines - pits Pam Grier with Margaret Markov, a mainstay of such women in prison madness as The Hot Box (Joe Viola, 1972) and The Arena (Steve Carver, 1974). Given the country it is based in - which was being sunk into economic debt and destruction by Ferdinand Marcos - it is perhaps no surprise that revolution is brought to the surface (Grier is opposed to Markov's anti-capitalist credentials), lending Black Mama, White Mama an indigenous intelligence that scholars of Southeast Asian history will doubtlessly warm to. 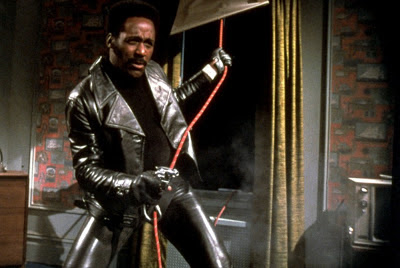 The mainstream action phenomenon that launched two sequels, a remake and a short-lived television series, Shaft really should have propelled leading man Richard Roundtree into the big leagues. Impeccably cool, Roundtree is absolutely fetching as the 'black private dick who's a sex machine to all the chicks'. Alas, he was unable to escape the shadow of Shaft. We still wager that no one has worn an oversized leather jacket with more gusto. 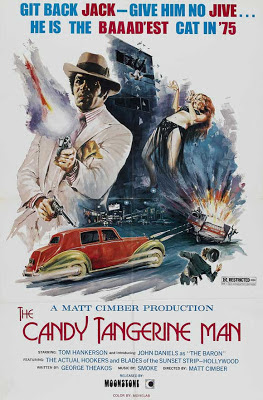 Rumoured to be one of Samuel L. Jackson's favourite features, The Candy Tangerine Man is an obscure outing in which a middle class husband and father plays pimp on the streets of Hollywood Boulevard at night. When critics think of Blaxploitation as being about 'pimps and prostitutes' this is really the sort of feature they are thinking of, but Cimber plays The Candy Tangerine Man with a sense of humour and the end result is surprisingly good fun. Barry Smart also produced a corking theme track - whilst some of the co-stars were actual hookers recruited by the director for a decent day's pay! Unfortunately, The Candy Tangerine Man is now considered 'lost' - so old VHS tapes are your sole way of seeing this. 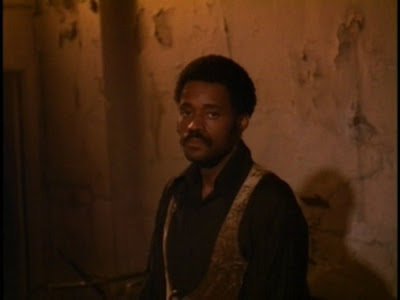 Critics will doubtlessly continue to argue whether or not Van Peebles groundbreaking movie represents a genuine cry for race revolution or functions as little more than base sexploitation (one female viewer stated that 'Man is not my liberator, nor can he be his own if he lays those chains on me' in the subsequent blow-up that took place in magazines such as Ebony). Certainly, the story of the rugged and well-hung ('sweetback' being slang for a large appendage) Van Peebles - literally - fucking himself to freedom has not dated especially well. Misogny aside, though, this is a stylish and unique ride through the world of early 70s indie filmmaking and, even today, Sweet Sweetback retains its power of corporeal shock. 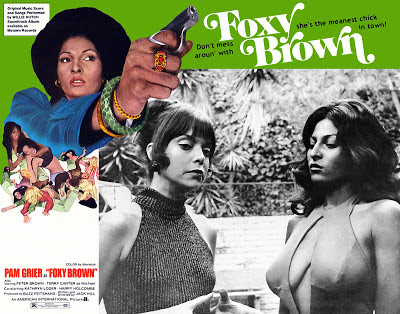 Originally conceived as "Burn Coffy Burn" - a direct sequel to Hill's most famous feature - Foxy Brown more than holds it own when compared to its blockbuster predecessor. Here, Grier takes on more inner city corruption - with the Marxist thematic of Coffy brought even further to the surface in a fantastic climax featuring the movie's leading lady teaming up with a group of 'sock it to the man' street revolutionaries. That said, the best line in the movie surely goes to co-star Antonio Fargas: "That's my sister baby - and she's a whole lot of woman!" 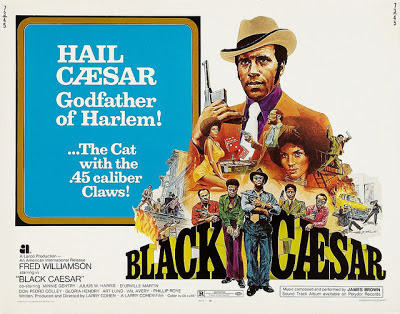 Fred "The Hammer" Williamson was already a superstar of sorts thanks to his success on the football field - but it was with a series of hit Blaxploitation pics that his larger than life persona really made it to the big time. Black Caesar represents his finest turn - and the story itself was more or less remade as American Gangster many years later (cheack out Fred's hilarious opinion on the Ridley Scott movie in a special easter egg which can be found on Arrow's Foxy Brown release!) 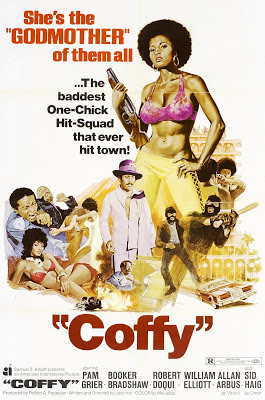 The film that made Pam Grier a box office juggernaut, Coffy would reach number one at the US box office - a factor that Hill believed would launch him onto bigger and better things (according to the director, studio execs merely saw him as a hack-for-hire making 'black pictures' - an incredible conclusion given the talent that radiates from this classic exploitation feature). Regardless, Coffy is Hill's masterpiece - and Grier has never been better as Miss Coffin: the vengeful femme fatale, cleaning up her Los Angeles neighborhood with a shotgun and a revolutionary streak that radiates with the Marxist chic of Angela Davis. 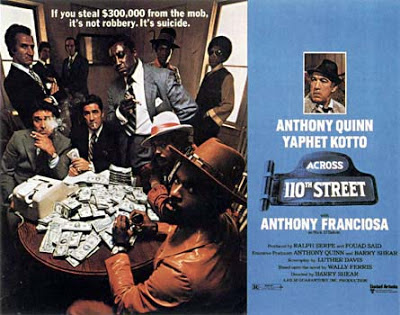 A polished major studio release with (arguably) the finest of all Blaxploitation theme tracks, this gritty police thriller has a career-best turn from Bond villain Yaphet Kotto and a positive race-relations message which doubtlessly resonated during this turbulent socio-political period. The classic Bobby Womack title track also takes centre stage during the credits of Tarantino's career best Jackie Brown (1997).

Many thanks to Calum Waddell for providing the Top 10 list and write-ups.