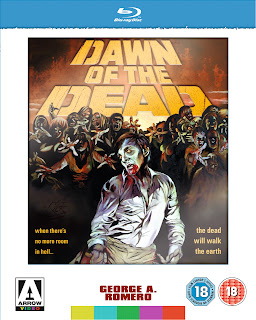 The second reason refers to licensing issues. Films are most commonly licensed by distributors from producers for a limited time. Usually it is common for these licenses to be easily renewed but sometimes there are complications and this is not possible (see our releases of Dawn of the Dead, Martin and Savage Streets, all sadly OOP). We do everything we can to keep films in print and should they be lost we will endeavour for them to become part of the Arrow Video series again in the future.

Just how limited any set is depends from one release to another. Our SteelBooks tend to be limited to 4000 copies, our other limited editions have either had their numbers printed such as the two sets of Battle Royale (Blu-ray, 10,000 and DVD 5,000) whereas others such as Demons 1 and 2 Slipboxes are not numbered but are even more limited at just 2,000 copies. The best place to see if a title is out of print is to check on our website, which will list as many of our releases as possible, even out of print titles, which will be listed but no longer available for sale. Our ‘out of print’ section includes titles that are no longer commercially available through stores such as Amazon or HMV so whilst they are still available from us they should be considered on the critical list! 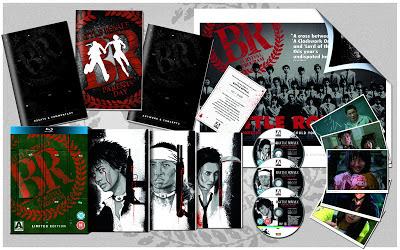 We hope this post was informative but if you have any questions not answered here, let us know in the comments!

Arrow Video Checklist - Here is a list of all our Limited Editions and their current status (last updated 18/01/17):

Society [Limited to 3,000 copies] *sold out*
Stray Cat Rock the Collection
The Driller Killer
The Herschell Gordon Lewis Feast
The Hills Have Eyes