Fear On The Freeway - Killer Cars! 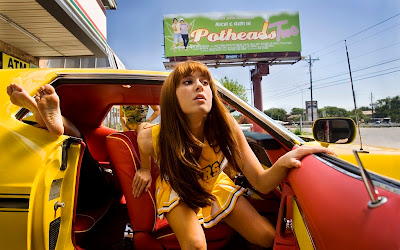 With cult classic The Car making its Blu-ray world premiere this coming Monday, we asked regular Arrow collaborator Calum Waddell to fill us in on his Top 10 Killer Car movies. He dutifully obliged....

So what are the best 'killer car' movies? I've attempted to keep this category as tight as possible (some of the films below feature violent-vehicles and a few others feature violent people in vehicles) so there is no Cars that Ate Paris or Deathrace 2000. Indeed, if writing this list has shown me anything it’s that this strange little subgenre is drastically underrepresented. Yet, with the release of The Car, perhaps some aspiring fright-maker might go back to the proverbial drawing board and squeeze a little oil into this admittedly squeaky terror-trend and bring back some of the fine-tuned frights that highlight the likes of Christine and Duel... 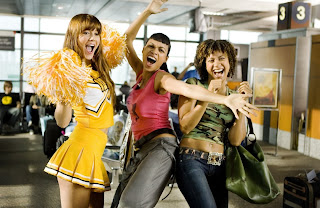 It is difficult to accept that the almost unrelenting dreariness of Death Proof belongs on a top ten list of anything celebratory. However - even in spite of two agonising hours in which uninteresting, and typically sexed-up female characters, who all - coincidentally - speak exactly like director Quentin Tarantino, do very little, Death Proof does have Kurt Russell. More to the point: it has Kurt Russell in prime badass mode. And one of the greatest death-by-car-crash stunts ever filmed. One word: wow. 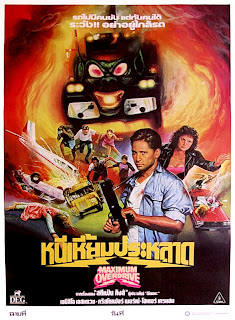 Disowned by Stephen King, who admitted to being reliant on coke (not the fizzy drink) to get him through the shoot, and awarded with Razzie nominations, Maximum Overdrive is all too frequently something of an endurance test. Instead of 'maximum' suspense, characters mainly potter around avoiding a deadly, but memorably designed, lorry called the Green Goblin. Yet, as rusty and repetitive as this may sound, there is still some fun to be had with Maximum Overdrive: especially poor Emilio Estevez attempting to hold the entire shebang together and the sheer silliness of sinister, comet-controlled motor vehicles. Arrow really needs to do a special edition. The petition starts here. 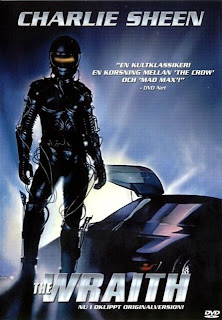 Long before he was "winning", Charlie Sheen featured in long-forgotten about flops like this. In The Wraith, our man plays a mysterious, but handsome, teenager who excels at drag racing (and de-panting co-star Sherilyn Fenn). The Wraith is far from a masterpiece, but it is occasionally intriguing and, with a cast that also includes Clint Howard and Randy Quaid, the running time chugs along reasonably - even if it never quite hits first gear. 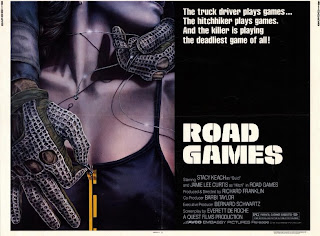 A borderline case, this, because it is part Duel and part Halloween, but the late Richard Franklin (Psycho II) - working from a script by Ozploitation genius Everett De Roche (Long Weekend) - provides enough motorway madness to make Road Games fit the form. Here, Stacy Keach and Jamie Lee Curtis travel the vast Australian outback together and become fixated by a mysterious car which may, or indeed may not, be powered by a serial killer. Well worth your time. 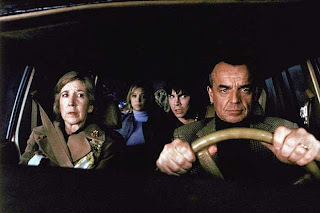 A terror tale with a twist, this minimally budgeted spook-fest has a bickering family, headed by Ray Wise and Lin Shaye, being pestered by a mysterious black car as they head to a Christmas family gathering. Unfortunately, they have opted for a backwoods short-cut. Never a good thing. Becoming more and more nightmarish as the narrative progresses, Dead End is unfairly under-seen. 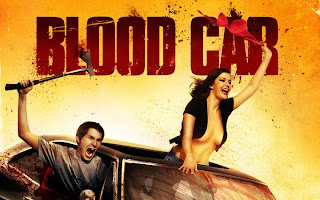 Put some pedal to the metal for this underrated, "War on Terror" era satire in which - in the future - oil has depleted and a young man manages to find an alternative source of fuel: sanguine. Made for just $25,000 - which might have just about covered a day of culinary service on the set of Death Proof - this is an imaginative and frequently funny Bush-bashing opus. 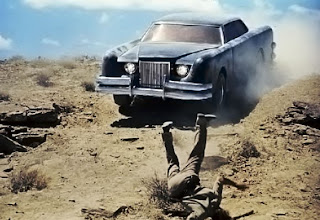 Aptly described by its director as "Jaws on wheels", the widescreen, desert aesthetic of The Car is certainly easy on the eyes (not to mention beautifully rendered in Arrow's stunning new Blu Ray) and the petrol-powered protagonist packs a preposterously appealing punch. Okay, so a satanic-spirit powering a four-wheeled "monster" is super-silly but, despite this lunacy, The Car manages to get the job done: for 90 minutes it rarely hits the brakes. 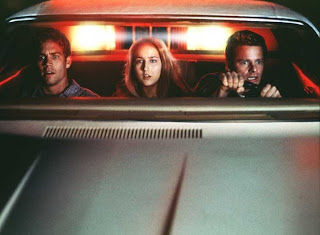 A minor success upon its release, Joy Ride is one of those slow-burning suspensers that really benefits from a cursory "this will do" viewing on late night television. Despite its marketing facade as "just another teen terror title", this is actually a surprisingly solid story about harassment on the highway. The villain in this case is an easily-aggravated trucker called Rusty Nail, who takes a (relatively) harmless CB Radio prank ever so seriously and decides to stalk, and squash, its youthful perpetrators. 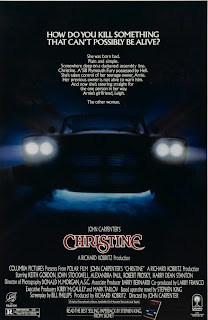 Horror legend Carpenter has never included Christine as one of his finest moments but, well, we would wager he is way off the mark. Indeed, this grim little gem easily holds its own alongside his other second tier (meaning not quite as good as Assault on Precinct 13, Halloween, The Thing, Big Trouble in Little China etc) work such as The Fog and Escape from New York. As with The Car, it’s hard to take a demonically-driven automobile too seriously, but thanks to Carpenter's astute - and typically taught - direction, Christine actually manages to be a sweat-inducing minor masterpiece. Keith Gordon is also excellent as the nerd gone nasty, who finds his life forever changed by the macabre-motor in question... 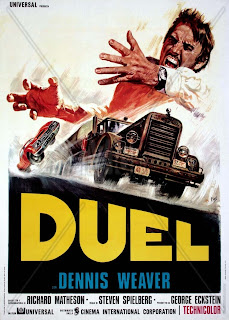 Despite being the most famous director on the planet, Spielberg has his critics. And they have a point: saccharine sweet Americana, middle class problems, manipulative Mc-movies, but - occasionally - you just need to revisit Duel and Jaws. Those are the films that remind you of Spielberg's genius. They also make you wish he would go back to his down and dirty roots because Duel is terrifying. Originally made for TV, this story of a truck chasing a helpless California businessman across desert terrain is unrelenting. Yours truly considers it among his top three movies (Jaws, Duel, Munich - discuss). Had he never made another picture, Duel would have cemented Spielberg as a cult auteur. But history, as they say, turned out very differently...