How to make an Arrow Video: Acquisition 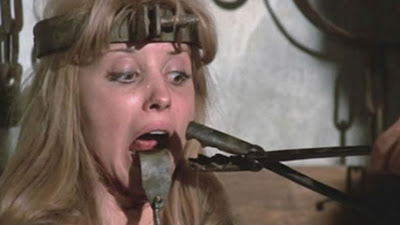 One of the aims of this blog is to provide an insight into each and every Arrow Video release, whether that be discussion around film genres, images from the films, packaging photos but also how a release is actually made…

We thought the best way to look at how an Arrow Video release is made would be to look at each stage of the processes and procedures of how a release is created from acquisition to finished product. The release we will be looking at is our 2014 release of Michael Armstrong’s 1970 film Mark of the Devil. 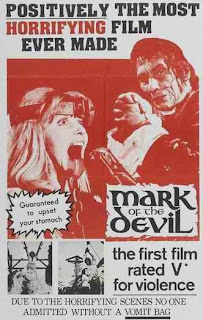 The first step of any release is the acquisition, that is the purchase of the distribution rights of a film. This process is rarely the same for each release since films are ‘owned’ (that is the copyright of the film) by different producers or agents acting for them. How this process comes about is either by actively seeking a film out and finding out who it can be acquired from or by being offered it by a producer or agent. In the case of Mark of the Devil, the film’s owner is Atlas International Film, one of the film’s original producers. We have worked with Atlas before (see our releases of Bare Behind Bars and Don’t Go in the House) and we knew they had completed a lovely new restoration of the film so naturally with a gorgeous new HD Master available we knew we could make an excellent new edition for fans of the film.

Considerations for acquisition are as varied as they come. The first thing to think about is how the film has been released before. Is there a release in the UK already? How has it sold? Is there a market for this film? Is there a Blu-ray? Is the film cut by the BBFC? Is there a master available? Does it need restoration? Are there any existing extras? And on and on. All these considerations are measured and influence the decision of an acquisition. With Mark of the Devil we knew that there were some DVD releases of varying quality with some quite old extras so we knew we had a good chance of creating a definitive edition of the film quite easily – surpassing the technical presentation of the film via the new restoration as well as all our signature touches – new artwork, extras, booklet and top notch technical processes. 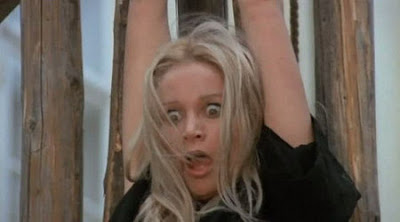 With the acquisition made we then proceed to addressing some of the questions we raised: is it cut by the BBFC? Yes it is, so we submit again and hurrah it’s now uncut! With that out the way we know we can proceed – we take delivery of the new master and check it out to ensure it is acceptable. Our technical genius James White will have a look and let us know his thoughts, join us next time when we have a look at the release of Mark of the Devil from a technical point of view!

Email ThisBlogThis!Share to TwitterShare to FacebookShare to Pinterest
Labels: How to make an Arrow Video