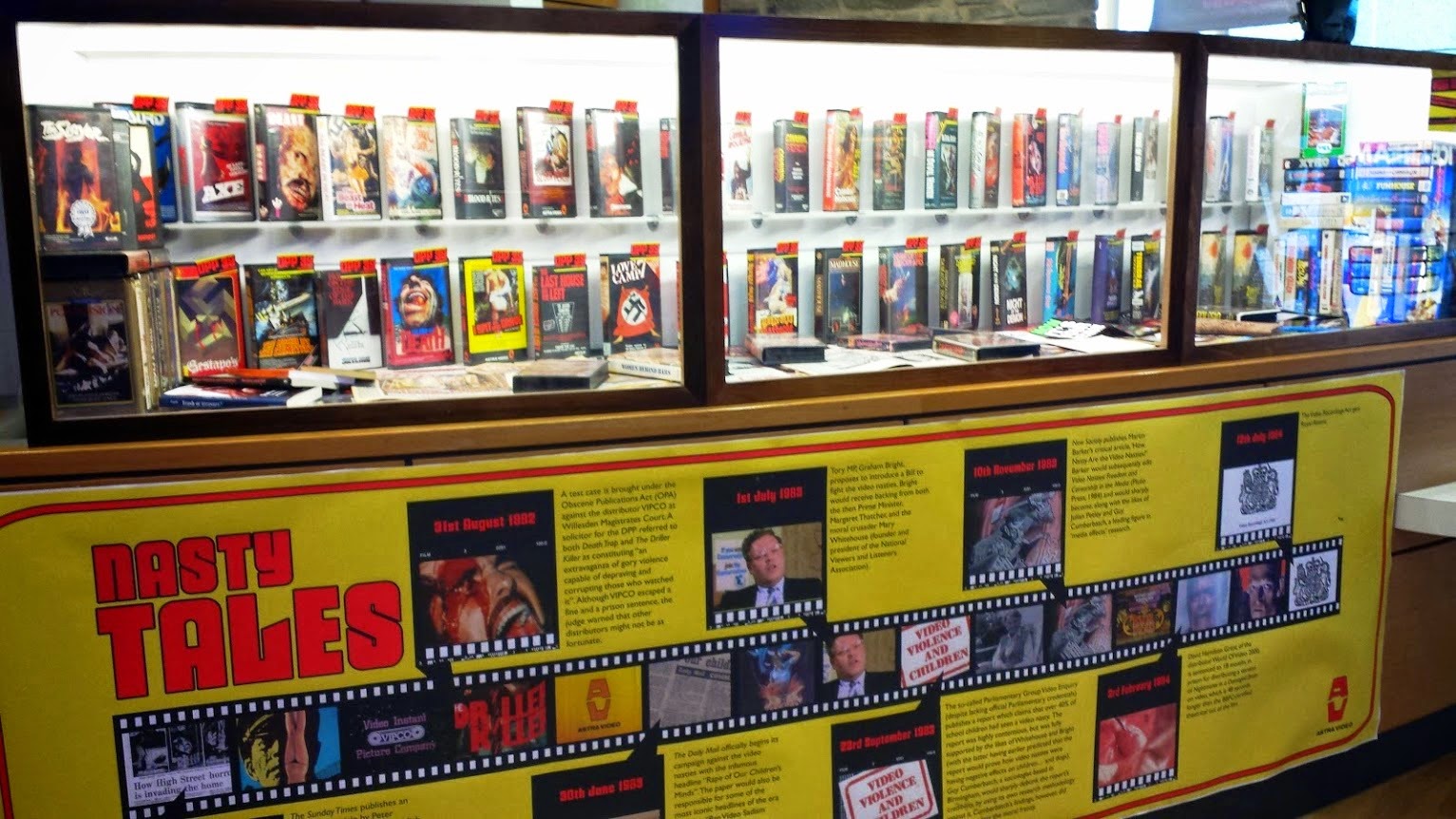 This year's Abertoir Horror Festival was home to a very special exhibition curated by Mark McKenna, an Academic Tutor at the University of Sunderland, and Dr Johnny Walker, a Lecturer in Media at Northumbria University. 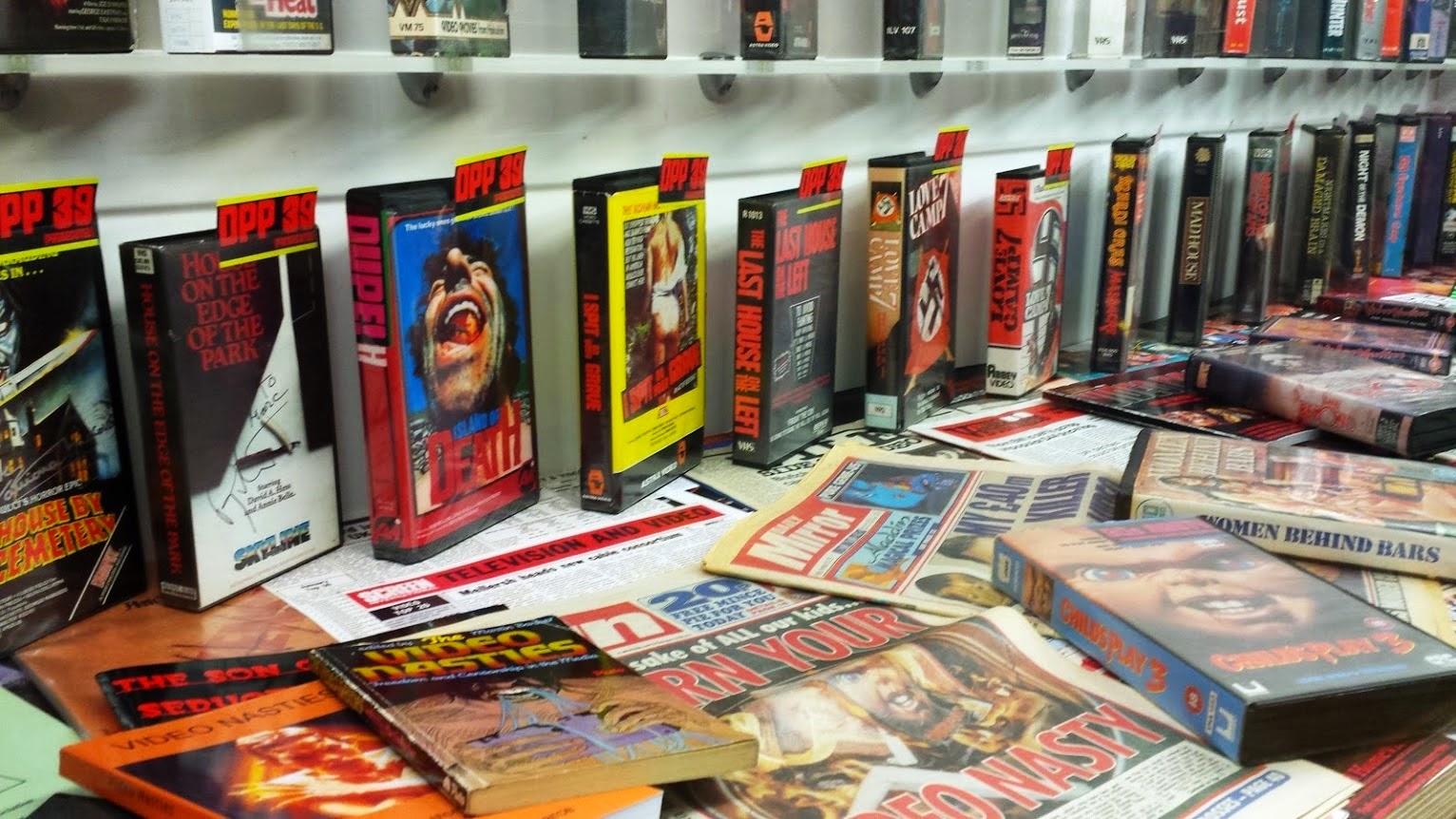 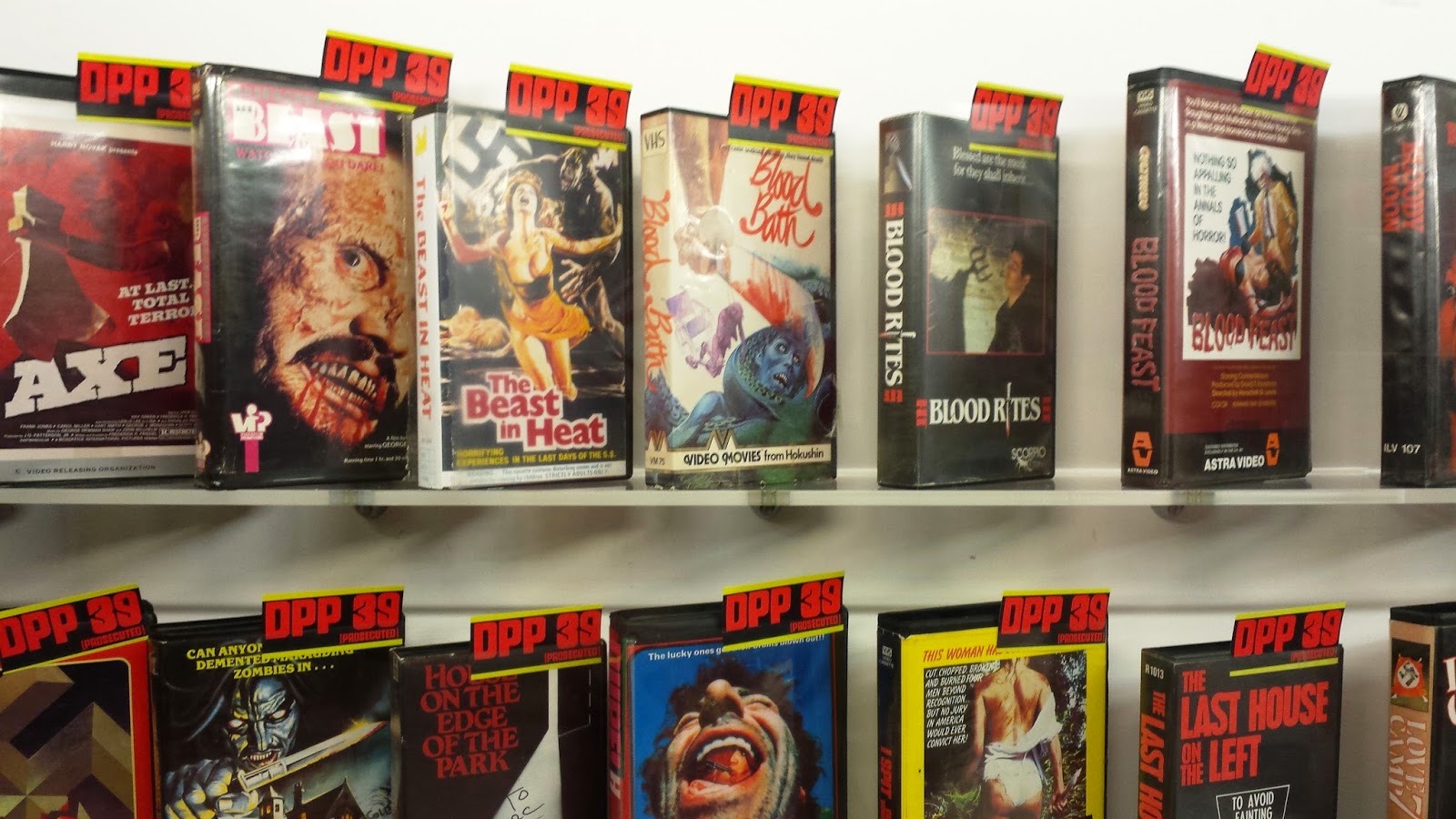 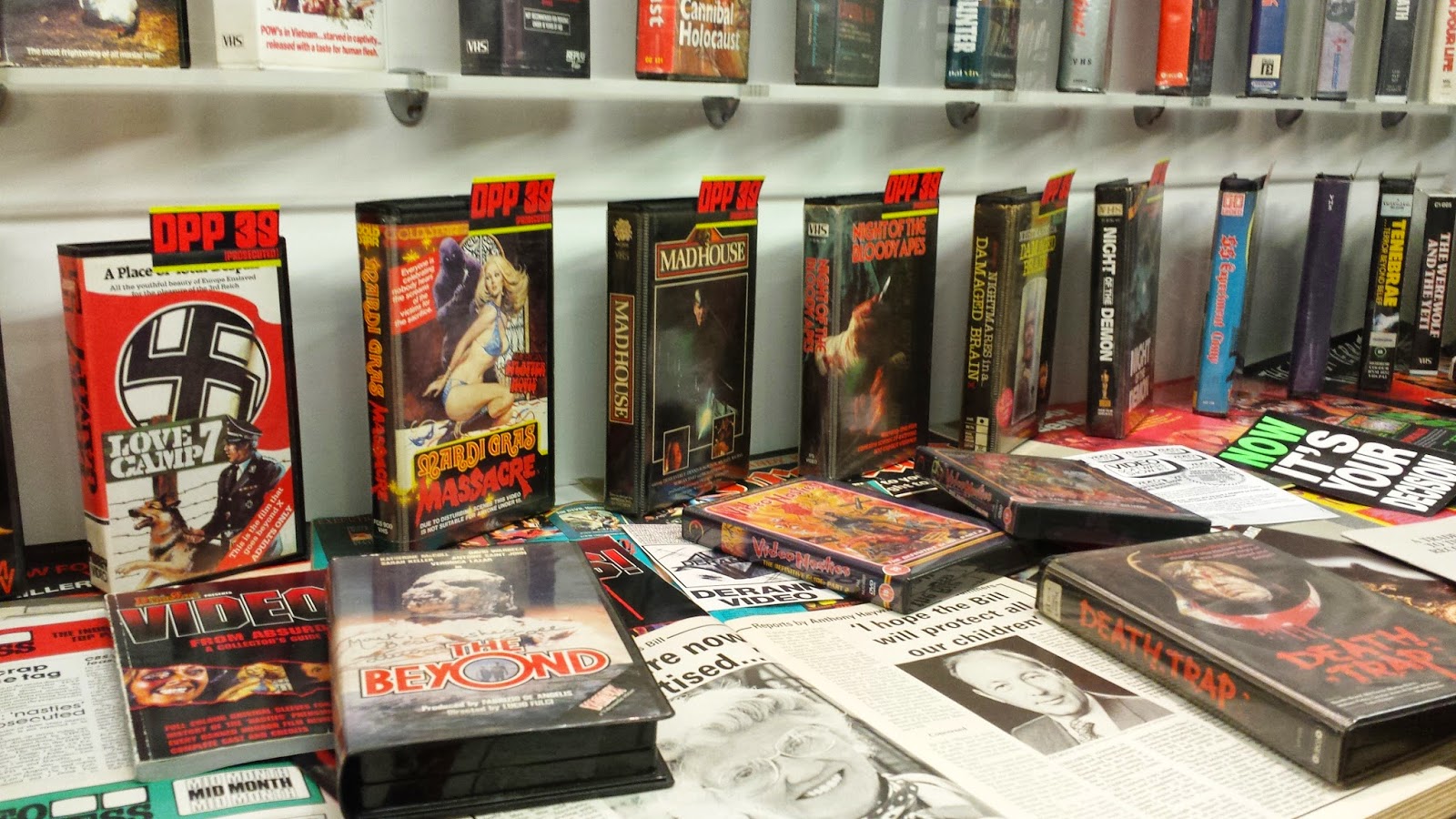 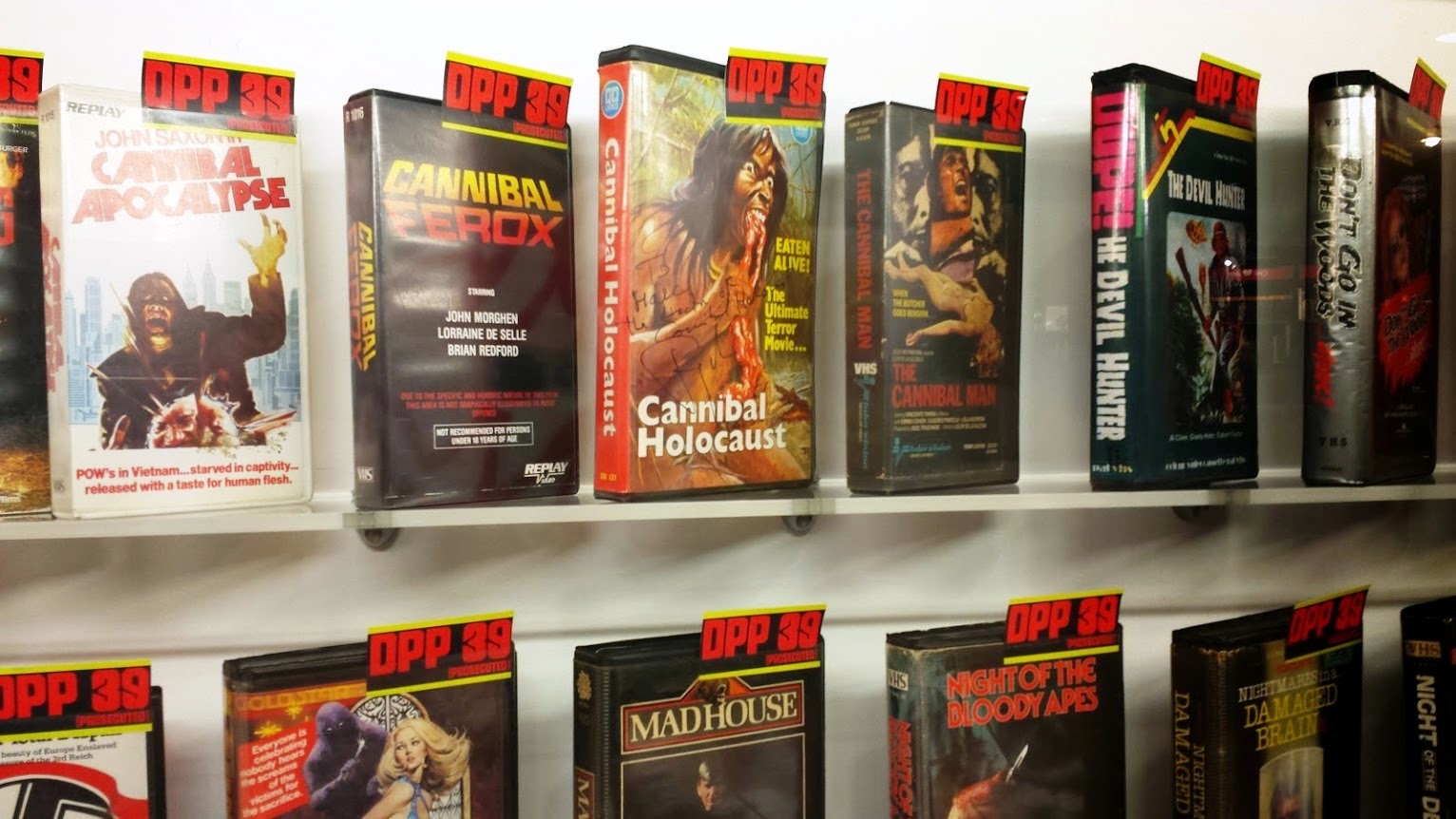 The exhibition was very significant, for it assembled—for the first time, it is believed—the original banned videocassettes and a host of related ephemera for public view. Choice items included original copies of iconic and now highly collectable tapes such as The Driller Killer, SS Experiment Camp and Zombie Flesh Eaters; contentious print adverts for certain nasties including the rarely seen video poster for Snuff; copies of magazines such as Screen International, Video Business and Video World that documented the initial panic as it happened; the infamous issue of the Sun from the early 90s that ran the headline “For the sake of ALL our kids, BURN YOUR VIDEO NASTY”; and curious promotional materials for video nasty re-issues such as The Burning matchbooks. 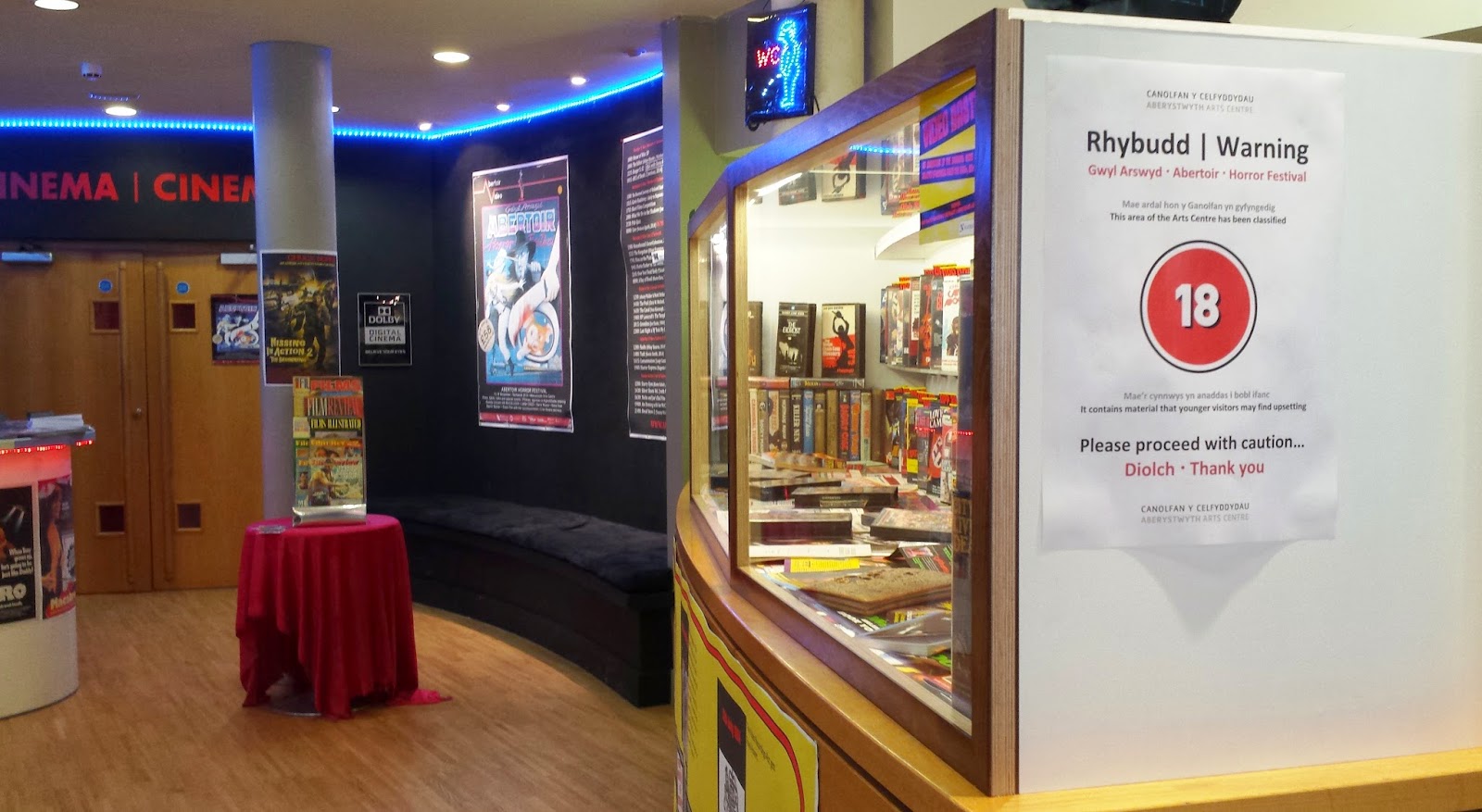 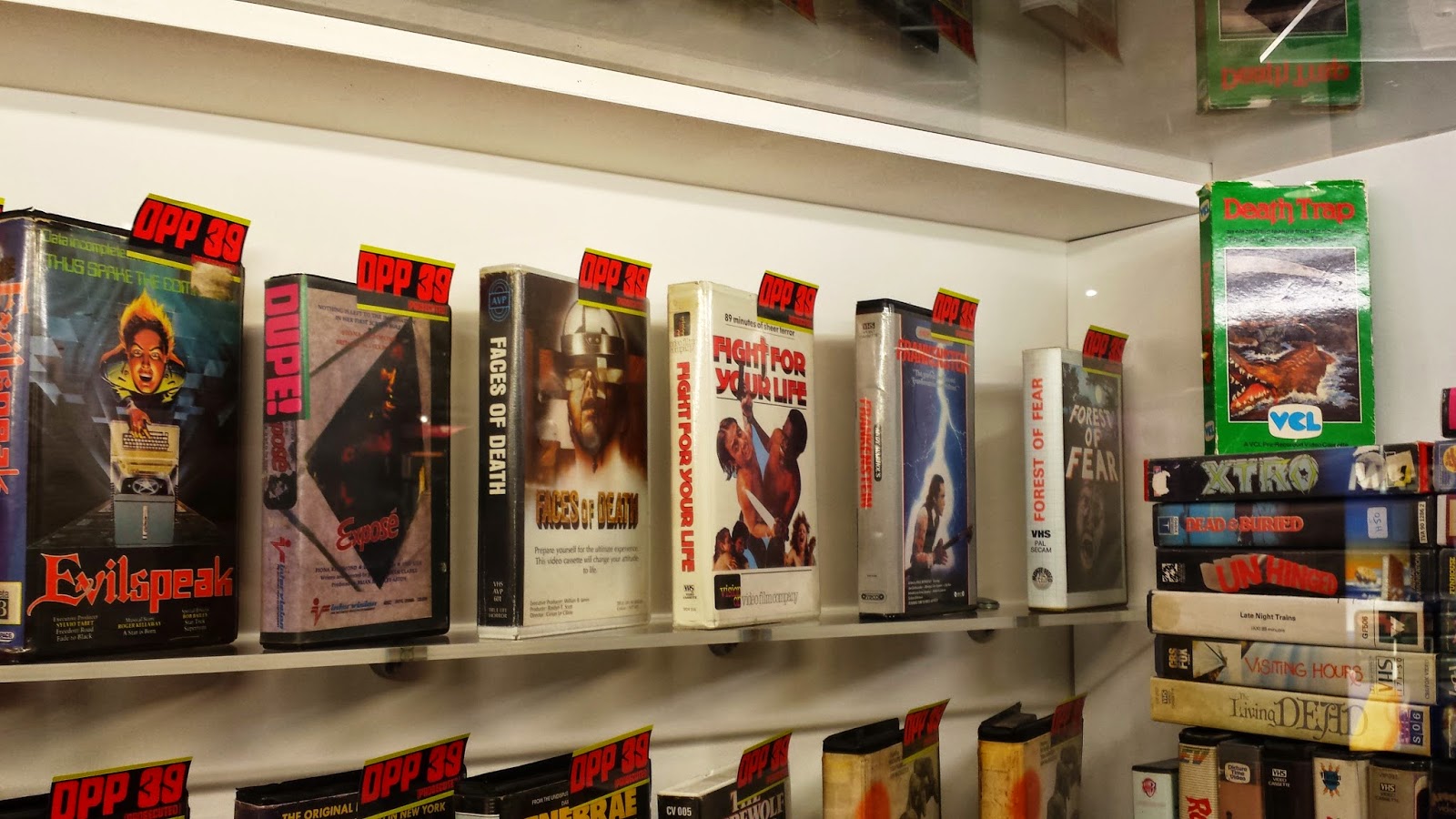 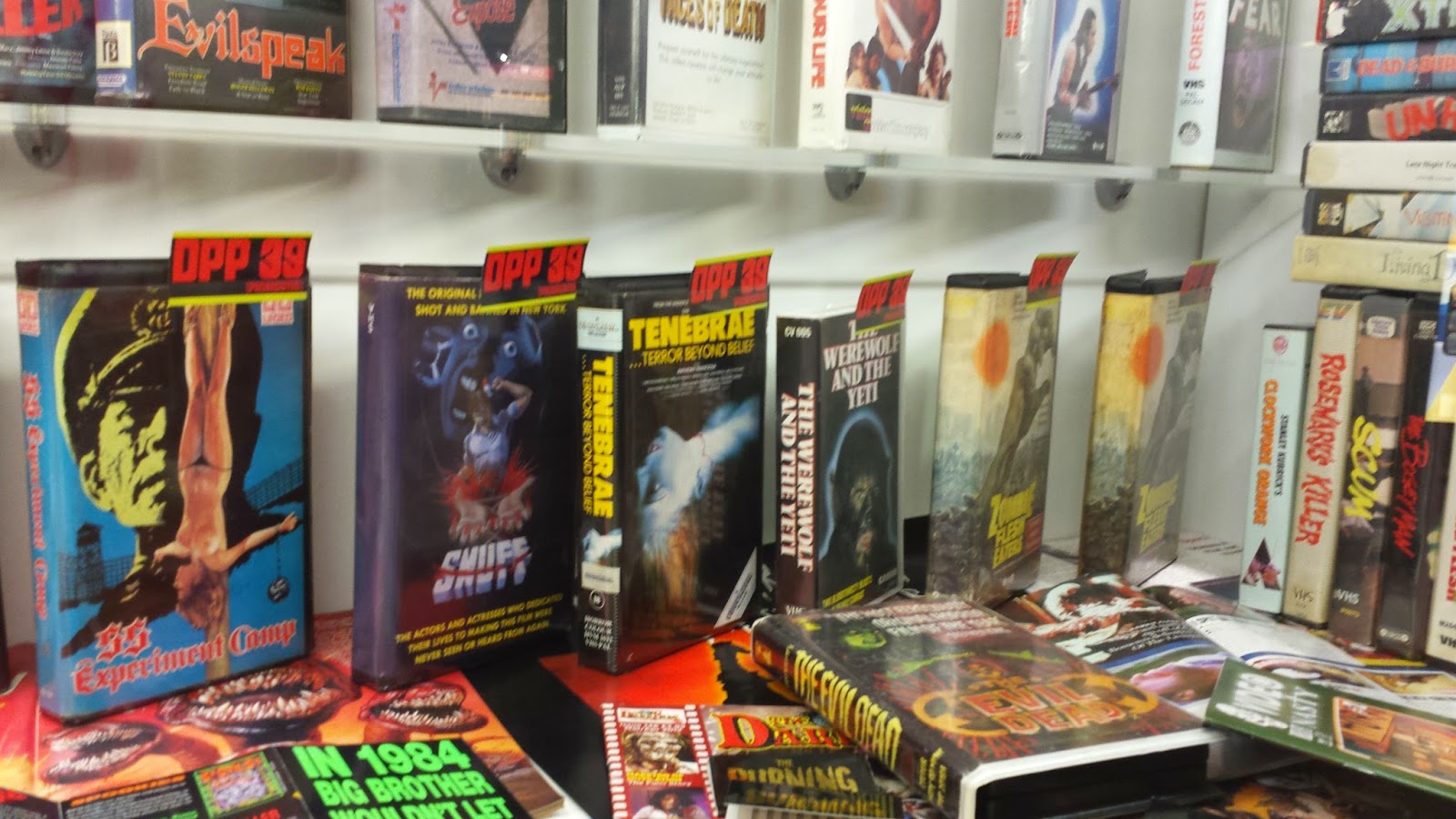 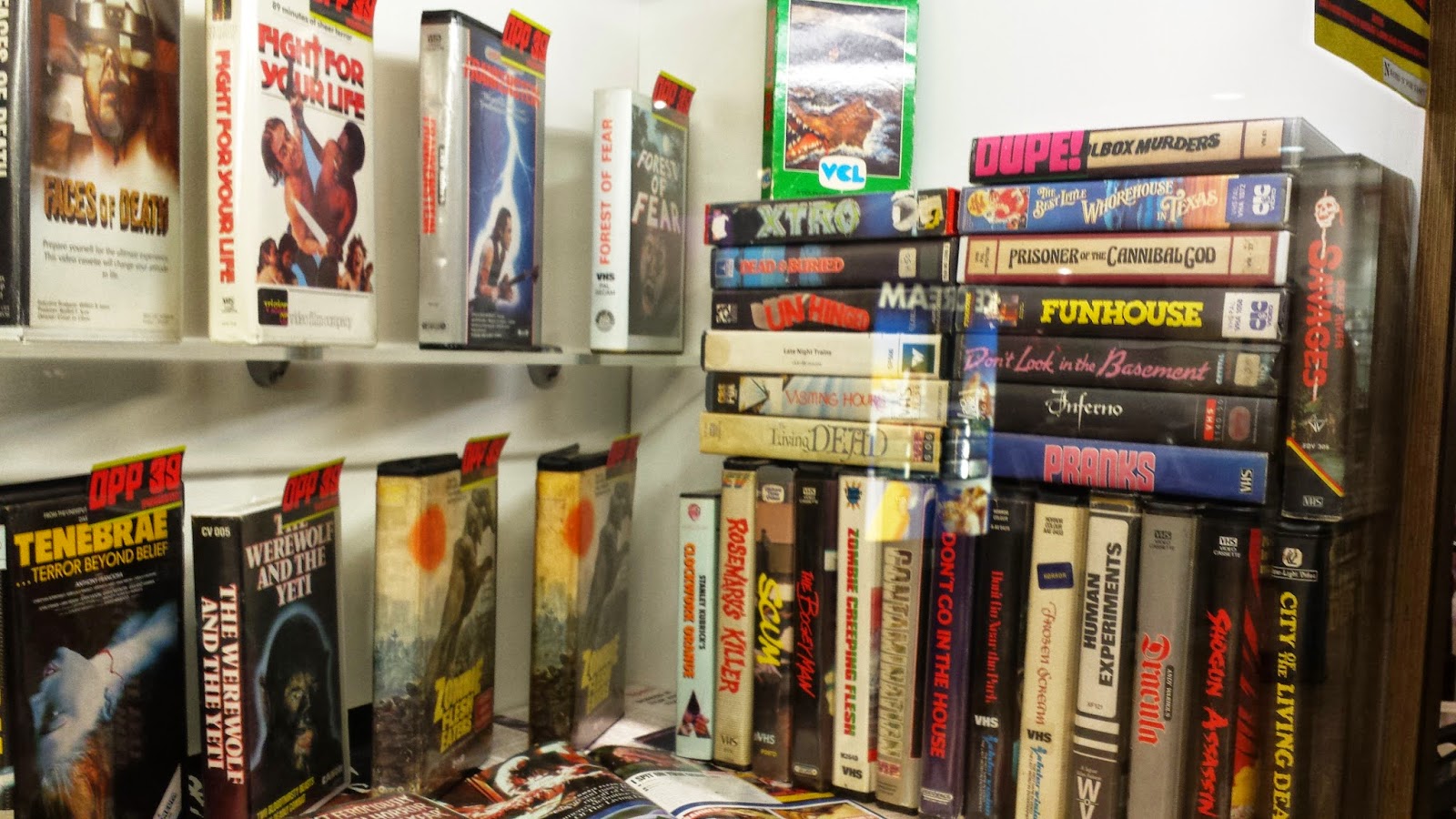 The exhibition was, ultimately, a time capsule; embodying the hysteria of the era as well as the cult afterlife the video nasty has commanded within fan communities and academia.

Unfortunately, much like the films of the time, the exhibition met a swift and untimely demise with all of the contents being seized on the final day of the festival... 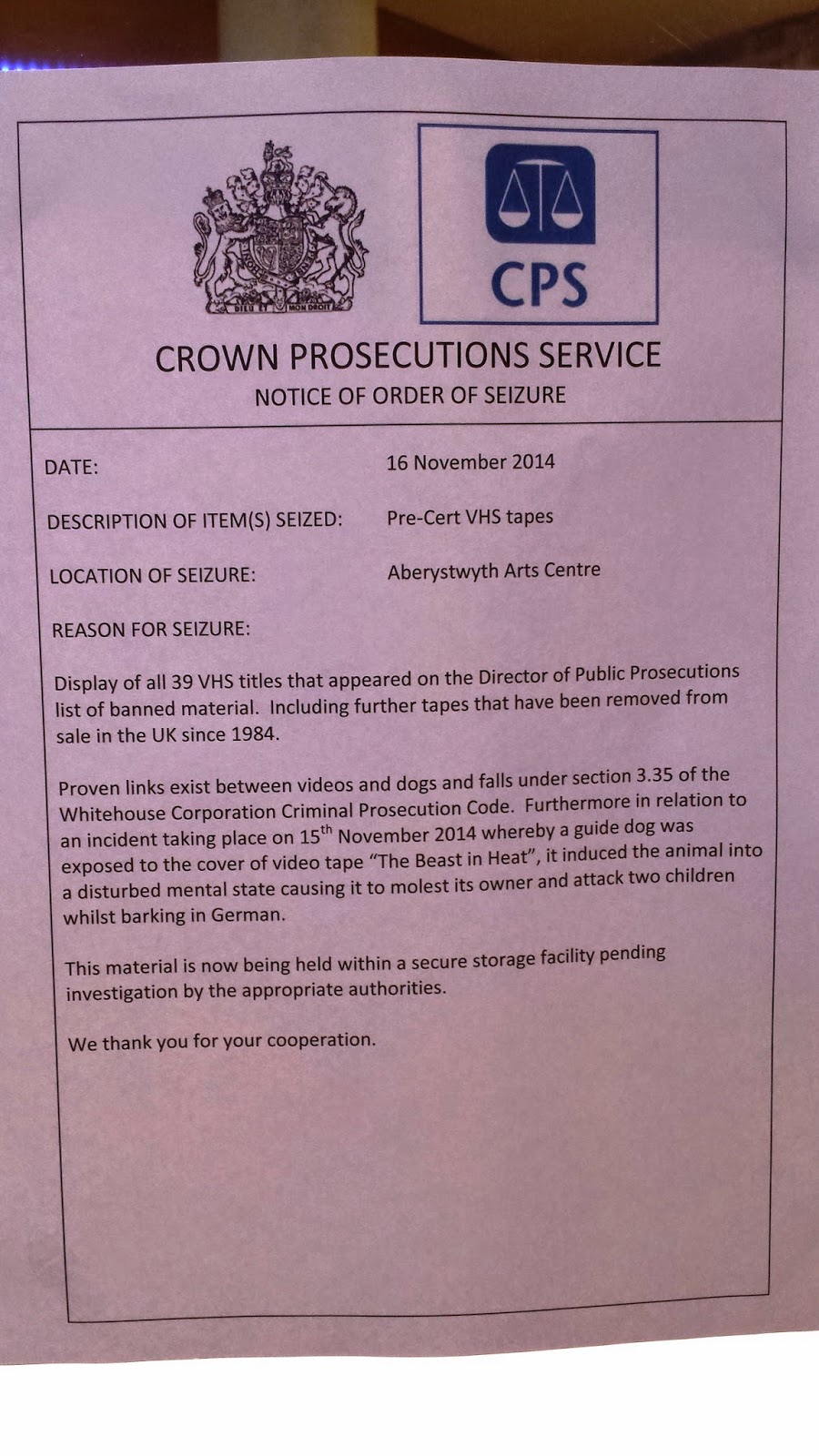 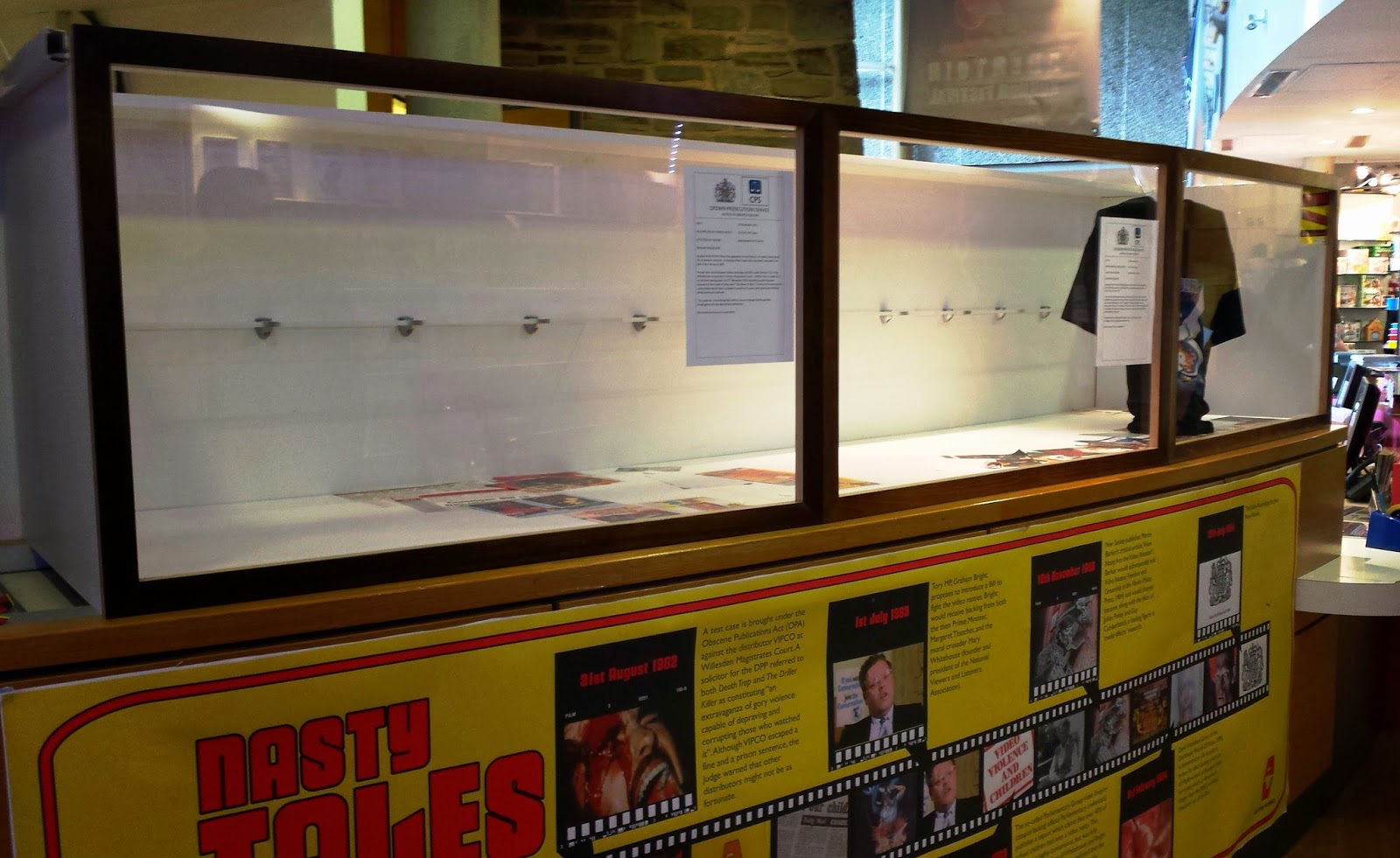 Special thanks to Mark McKenna and Dr Johnny Walker.
Posted by Arrow Video at 08:26