They said it couldn't happen... BUT HERE IT IS!!! Time to feast your eyes on the artwork and full specs for our upcoming 3-disc release of notorious cult classic NEKROMANTIK - and boy, is this one an absolute monster! We've had to move the release date back to December 15th just to allow us time to accommodate all the goodness that's on offer here, but we're sure you won't be disappointed when you read on - seriously, this release is positively GROANING under the weight of all the special features. 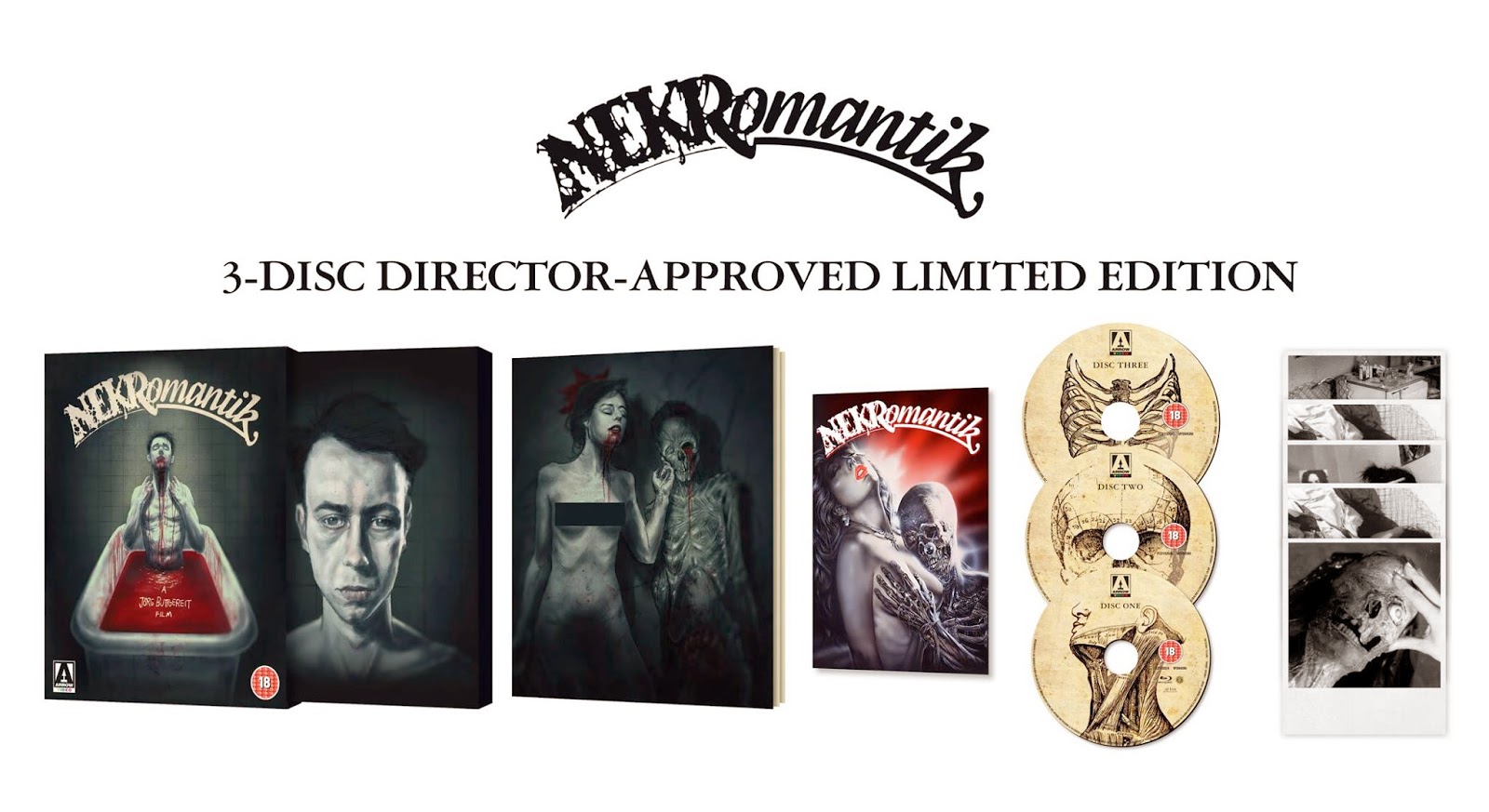 So without further ado, here goes....

DEATH IS JUST THE BEGINNING

Nekromantik is the one-of-a-kind shock classic from cult director Jörg Buttgereit, weaving the tale of Rob Schmadtke (Daktari Lorenz), a young man who finds himself competing for the affections of his girlfriend with a putrefying cadaver.

An employee of Joe’s Streetcleaning Agency, a company which cleans up after grisly accidents, Rob takes advantage of his profession to indulge in his chosen hobby – the collection of body parts. Then, one day, Rob brings home an entire decomposing corpse, much to the delight of girlfriend Betty. There follows a twisted love triangle, resulting in some of the most shocking scenes ever committed to celluloid.

Nearly 30 years after its original release, Arrow Video is proud to present this classic of underground horror cinema – finally classified for UK release in its fully unexpurgated form.

So what are you waiting for?! Pre-order your copy of this underground horror classic here: http://bit.ly/1xTsomk
Posted by Arrow Video at 01:49