My name is James White and I’m Arrow’s Head of Technical and Restoration Services. I’m responsible for supervising any new digital/film restorations we produce, as well as overseeing all master-related issues on our Blu-ray/DVD titles.

I ended up attending film school at the University of Texas at Austin in the early nineties after flirting for a couple years with painting and illustration. These days Austin is viewed as this mecca for filmmaking and cinema, but that was only starting to catch on when I was there. Richard Linklater had just made Slacker, Wes Anderson had only just graduated and Robert Rodriguez was about to make El Mariachi for a reputed $7,000. I was fortunate in that in addition to learning how to make movies by day, I was spending every waking moment devouring all the cinema I could by attending repertory screenings and clocking endless hours watching film on video – something helped in no small way by my night job at Vulcan Video (sort of a Southern cousin to Tarantino’s Video Archives store), where everything was sorted by director and the staff could spend whole evenings arguing the merits of this or that Fassbinder/Budd Boetticher/Sam Fuller/Ida Lupino title, etc. For someone like me who’d only just realised that cinema was everything, the gig was a goldmine. Terrence Malick lived right down the street and would come in occasionally to shoot the shit and talk Japanese cinema (this was years before he returned to directing with The Thin Red Line), which blew my mind. 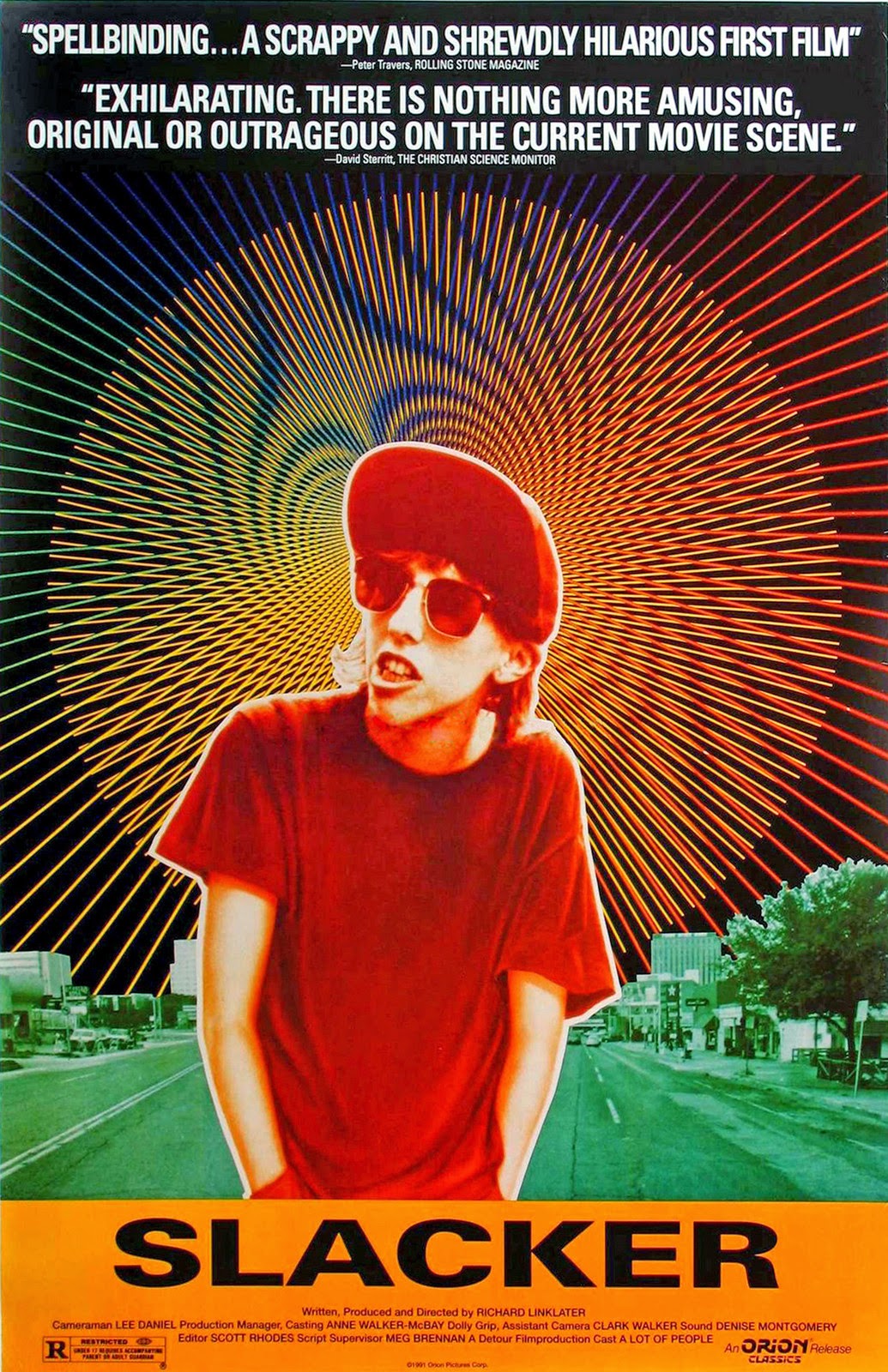 Anyway, I was enjoying film school but I discovered pretty early on that I wouldn’t likely end up becoming the next Kubrick/Scorsese/Bergman, so I thought I’d better find a side-line that could support my love of film and desire to contribute to its history, which I’d figured out meant more to me at this point than making movies. So I started an internship at The Harry Ransom Center in Austin which boasted a small film and film-related ephemera archive, including all of the papers and correspondence of David O. Selznick. So that was my first experience in a film archive.

Eventually I made my way back east (I’m originally from Boston) and landed a job at the George Eastman House Film Archive in Rochester, New York, which had just received the funding to begin a school of film preservation. As luck would have it, the founder of the school was L. Jeffrey Selznick (David’s son) who remembered me from the Selznick project at the HRC a couple years before, so through that connection I was hired. My job was essentially to assist the Head Curator in all the school-related activities and day to day archive duties. I was only there for a little over a year, but it gave me a real crash course in how film archives work. There were also some great perks – it was my job to pick up all the schools’ special guests and shuttle them around town during their stay, so during that time I got to meet a lot of the greats in film preservation and restoration, including Grover Crisp of Sony, Bob Gitt of the UCLA Film & Television Archive, Scott MacQueen of Disney, Ray Edmondson of the NFSA Canberra and Robert Harris of Film Preserve. I also got a chance to meet the occasional filmmaker – Peter Greenaway was a guest of the Eastman House one week for a retrospective of his work; another week it was Russ Meyer!

After I left the Eastman House my focus became more technical as I participated in a year’s programme at Kodak working with Kodak’s Cineon restoration software, spending my days at a workstation painting out dirt and scratches, stabilising images, and restoring faded colour. When this programme came to an end I moved to New York City and eventually got a job at Cineric, a small but dedicated film lab on 9th Avenue and 44th Street with a focus on opticals and effects, as well as film restoration. This was an opportune time to be working in the industry, as digital technology was starting to replace some of the photochemical processes, but at that time Cineric were still going strong using traditional means, which meant I got a chance to learn how these things worked in both camps, just as this transition from photochemical to digital was happening. It’s my time at Cineric that I attribute my real love for the look and feel of film.

Other jobs in film labs/facilities brought me to Stockholm and eventually London, where I began working for the BFI in 2002. By this time I’d decided I really had no love for working on new films and wanted to focus solely on restoration and preservation, so the BFI was exactly where I wanted to be. I was hired as the Technical Supervisor for the BFI DVD label (then still in its infancy) and eventually my role expanded to Head of Technical Content, responsible for overseeing digital restoration and remastering for DVD/Blu-ray and theatrical titles. When Sam Dunn joined the team things got really interesting, as his efforts to expand the range of titles meant I was restoring many films I’d never heard of, let alone seen before. It was during this time period that I restored films like Herostratus (Don Levy), Comrades (Bill Douglas) Alice (Jan Švankmajer), The Party’s Over (Guy Hamilton), as well as the films of Humphrey Jennings, Jack Bond and John Krish.

I left the BFI in 2011 and worked for a short time at StudioCanal, but decided to go freelance soon after my son Thomas Orson was born, so I could split my time working on projects and being a dad. Things were a bit slow at first, but eventually I became a regular producer for the Eureka/Masters of Cinema label (for whom I was honoured to produce a new restoration of Carl Dreyer’s The Passion of Joan of Arc), after which I began working regularly for Arrow. A year into working for Arrow on a freelance basis they asked me to come aboard as a permanent member of the team, and here I am. 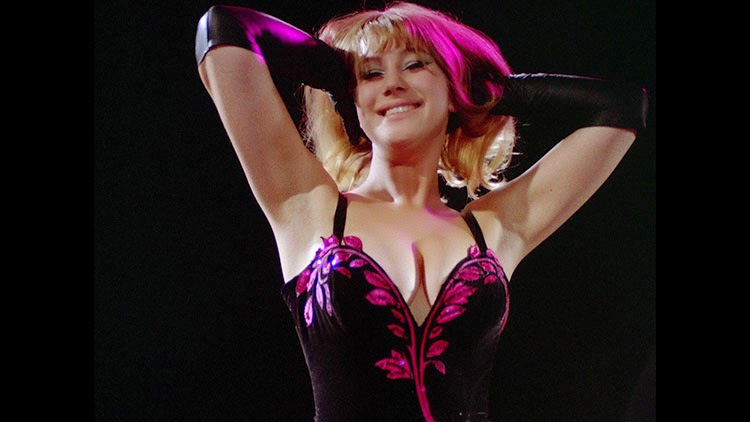 My parents are both musicians, so there was always an appreciation for the arts in my house when I was growing up. I was taken to films at an early age by my mother – these were predominantly Disney films, but there were always old films playing on Channel 25, 38 and 56 (all Boston-area UHF channels) – films like Three Coins in a Fountain or The Ghost and Mr Chicken were always on, as was the Our Gang series.  I wouldn’t have known whether they were in colour or not as we spent the 1970s and early 80s watching everything on a black and white Zenith.  Once our colour RCA set arrived in 1982, suddenly seeing The Wizard of Oz or The Ten Commandments in lurid Technicolor was a real eye opener!

Like any American kid growing up in the 80s, I happily consumed whatever pop culture aimed at me, so I loved KISS, Marvel Comics, Saturday Night Fever, The Incredible Hulk TV Show, the Star Wars films, Rocky, Indiana Jones, E.T., Close Encounters and anything else Spielberg and Lucas put their names to. This was balanced by a steady diet of R-rated comedies like Porky’s, Revenge of the Nerds, Screwballs, etc. Mike Hodges’ Flash Gordon was without doubt my favourite movie of all time in 1980, and it would be years before I appreciated, much less noticed, the camp/surreal aspects of that film. I also developed a keen obsession with horror in the early 80s, being the high point of the slasher genre, although it would be years before I’d end up seeing many of the films I’d obsess over the advertising for. I remember having the poster for Blood Beach tacked on my wall over my bed for ages, causing my mother no small amount of grief. 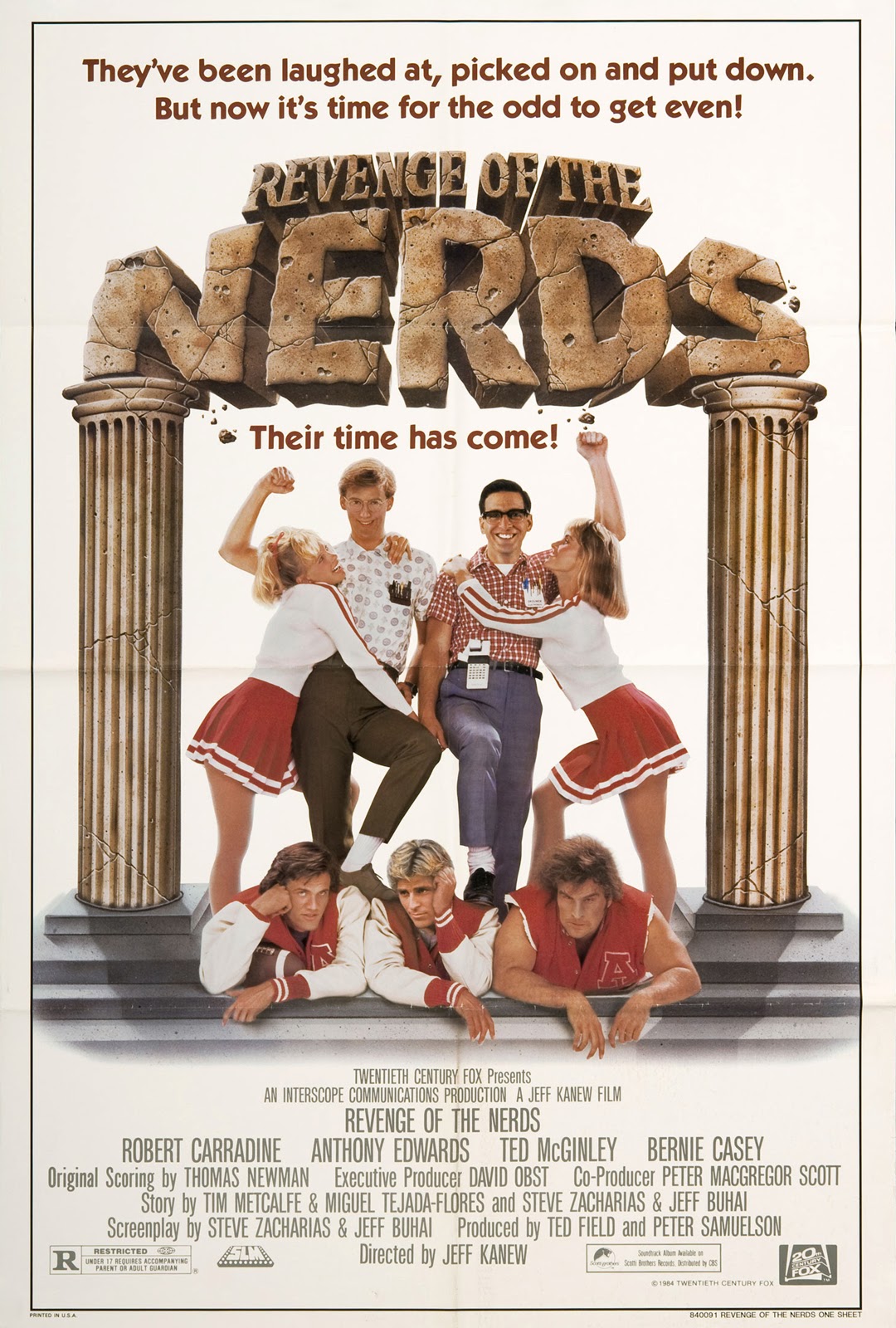 But, truth be told, I didn’t real take film seriously until years later – 1989 to be exact. I was attending art school in Boston, living with my parents and spending most of my nights staying up as late as I could watching movies on TV. Often I’d be chatting on the phone with a friend who was also watching, and together we’d dissect the films in a typically arrogant 18-year-old way. But then one night they ran Rear Window, and something clicked. I’d seen a few Hitchcock films before, but I hadn’t really ‘seen’ them – now suddenly I was aware that there was an artist behind every decision, telling the story in his own unique way. I made an effort to watch every Hitchcock film I could after that, and from then on cinema was like a drug.

As for favourites; that’s nigh-on impossible, as any list of top films would be – and should be –constantly changing. That said, I’ll rattle off a few favourites that have always stood the test of time with me: 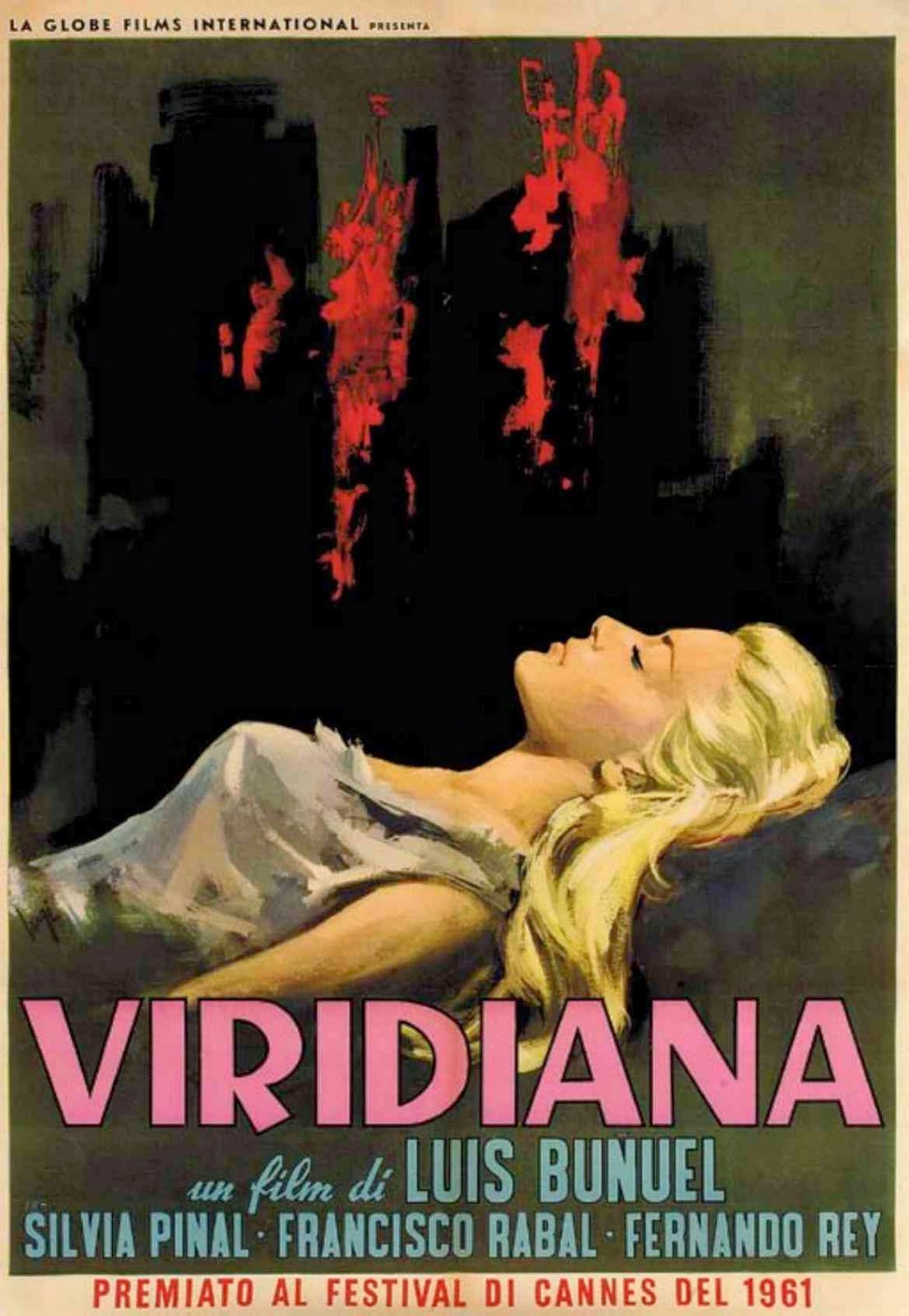 WHAT HAVE BEEN YOUR FAVOURITE ARROW RELEASES?  AND DO YOU HAVE A FAVOURITE ARTWORK OR EXTRA?

It’s not exactly my favourite film we’ve released (that honour might have to go to The Long Goodbye or The Night of the Hunter) but I’m very proud of our release of Zombie Flesh Eaters for the fact that, with this release, we seemed to be throwing down the gauntlet by treating a cult horror classic to a banner restoration treatment. In many ways it was like a challenge to the powers-that-be, by insisting that this film deserved the same treatment and ability to survive as anything else. As for artwork, I’m particularly fond of the Foxy Brown steelbook.

WHAT HAS BEEN YOUR PROUDEST ACHIEVEMENT AT ARROW?

Camera Obscura: The Walerian Borowczyk Collection has been a dream project in many ways – it’s given me a window into the work of an artist of whom I only had the slightest inkling about before participating; it’s brought together some of the great talents I’d worked with in the past like Terry Gilliam and The Quay Brothers; and it’s allowed me to learn directly from my colleagues Daniel Bird and Michael Brooke, who have to be two of the most passionate (one might say obsessive) film lovers I’ve ever had the pleasure to work with. In a nutshell, it’s exactly what I got into this business for. I hope the fact that this was such a labour of love from all involved will be obvious when people view the release. 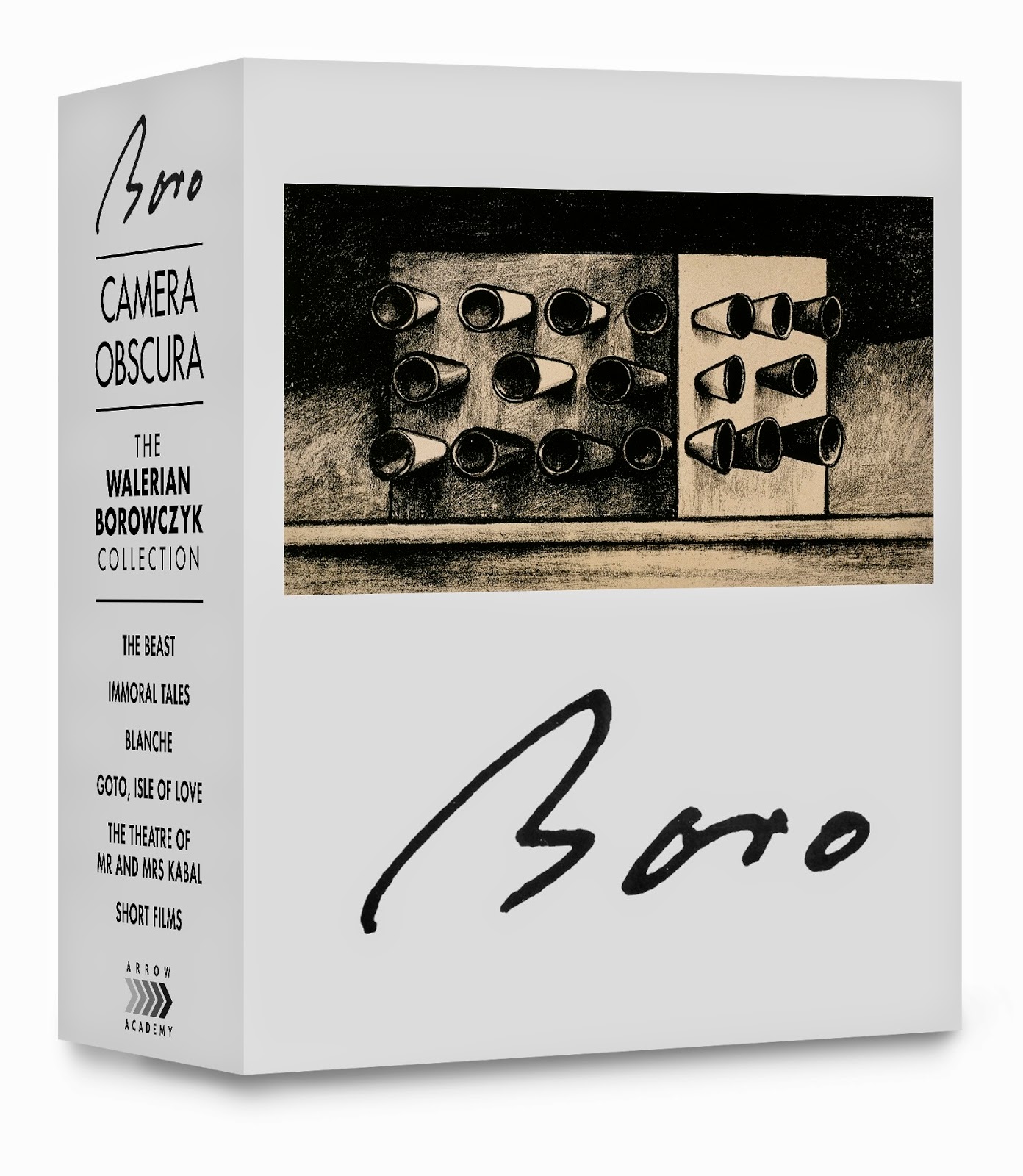 IF YOU COULD GIVE ANY FILM THE ARROW VIDEO TREATMENT, WHAT WOULD IT BE?

One of the brilliant things about working for Arrow at this point in time is that there seem to be so few boundaries as to what might become an Arrow release. I mean, just this year, Arrow have released (or are about to release) White of the Eye, Sullivan’s Travels, The Burbs, Withnail and I, The Long Good Friday, Day of Anger, Salvatore Giuliano, Mark of the Devil, Stray Cat Rock, Bound, Pit Stop, Dr Phibes, etc., and that doesn’t even include our defining box-set of Walerian Borowczyk films.

As for dream projects, I’ll fall back on what I’ve said before and say The Magnificent Ambersons. I’m in the business of restoring films and finding the missing footage cut from Welles’ original 137-minute version is one of the absolute holy grails of film restoration. More than likely it’ll never happen (the footage is believed to have been destroyed, but some still hold out a glimmer of hope that a print may be located with this footage intact – possibly in Brazil where Welles was shooting It’s All True while his picture was getting butchered) but we can dream, can’t we? 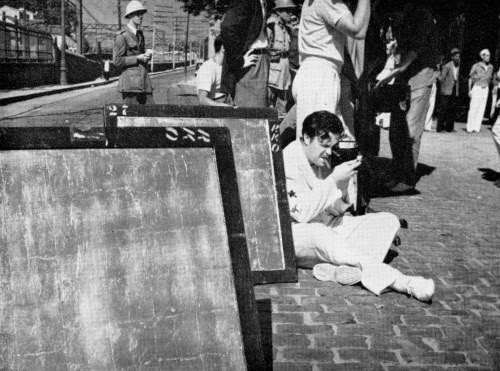