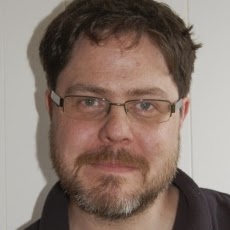 I’m a freelance writer/editor/producer who has worked for several Blu-ray/DVD labels (BFI, Eureka, Second Run) over the years in various capacities, but Arrow in general and Arrow Academy in particular take up most current waking hours.  Since 2011, I’ve contributed to numerous Arrow releases as producer, co-producer, extra creator, booklet essayist/editor, QC inspector, blurb writer, trailer cutter, you name it.

I have no formal film education, because I doubt it could match the one I received in 1989-95 when I was the number two at Hampstead’s Everyman Cinema, then an arthouse repertory venue with a daily-changing programme of double and triple bills – I got that job thanks to being in the right place at the right time when perusing Time Out’s job section and being interviewed by someone who prized film knowledge over (then non-existent) experience.  After an unsuccessful foray into low-budget feature production at the turn of the millennium, I was hired by the BFI in 2002 as the full-time content developer of their Screenonline encyclopaedia, and I also produced their DVD compilations of the short films of the Quay Brothers and Jan Švankmajer.  I also started contributing to Sight & Sound magazine in 2002, regularly from 2004 and every issue from early 2006.  In 2011 I took voluntary redundancy from the BFI following a hefty grant cut, and within weeks I was doing assorted odd jobs for Arrow that gradually built up to a full-scale production role. 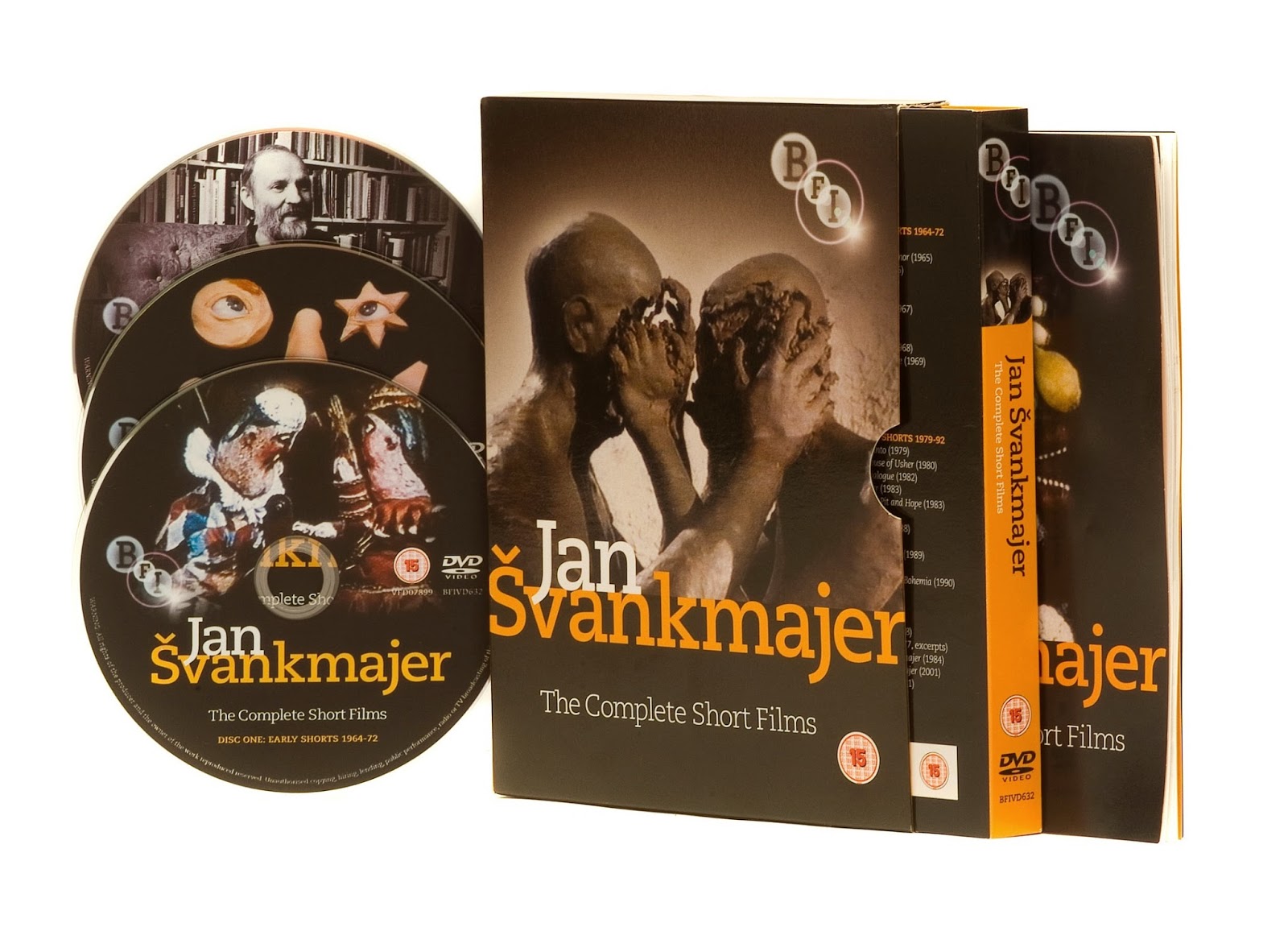 Coincidentally, my two earliest film memories were both 1973 films about foxes – The Belstone Fox and Disney’s Robin Hood, but probably not as a double bill.  In 1978 I saw Close Encounters of the Third Kind and a tenth-anniversary revival of 2001, both of which were a fair bit more ambitious than anything I’d seen before and left me hungry for more: it’s because of those two that I precociously caught the original release of Andrei Tarkovsky’s Stalker at the age of thirteen, which expanded my horizons still further.  By the turn of the 1980s I was becoming seriously interested in film as an art form, and was lucky enough to be able to take advantage of a lively London rep cinema scene and television channels like BBC2 and Channel 4 that regularly showed stuff from a fair bit off the beaten track (far more than today’s bland offerings), and excellent film sections in my school and local library helped point me in the right direction well over a decade before the IMDB was a going concern.  And I’ve never looked back.

In particular, the legendary Scala Cinema became something of a home from home from my mid-teens, with its regular alternating of heavyweight arthouse classics with the wilder end of the exploitation industry.  (A 1984 triple bill of Glen Or Glenda?, Thundercrack! and the lurid sex-change documentary Let Me Die a Woman sums up that era beautifully, as does an all-day session screening virtually all of David Cronenberg’s early films from Stereo to Videodrome)  Circa 1999, the DVD revolution took over from rep cinemas and TV (just as well, as they were now pale shadows of their 1980s selves), and I started importing titles, which in particular allowed me to explore a long-nascent interest in central and eastern European cinema.  If you’re exposed to people like Walerian Borowczyk and Jan Švankmajer in your formative years, you’re going to want to know where they came from, but I didn’t have many good opportunities until then. 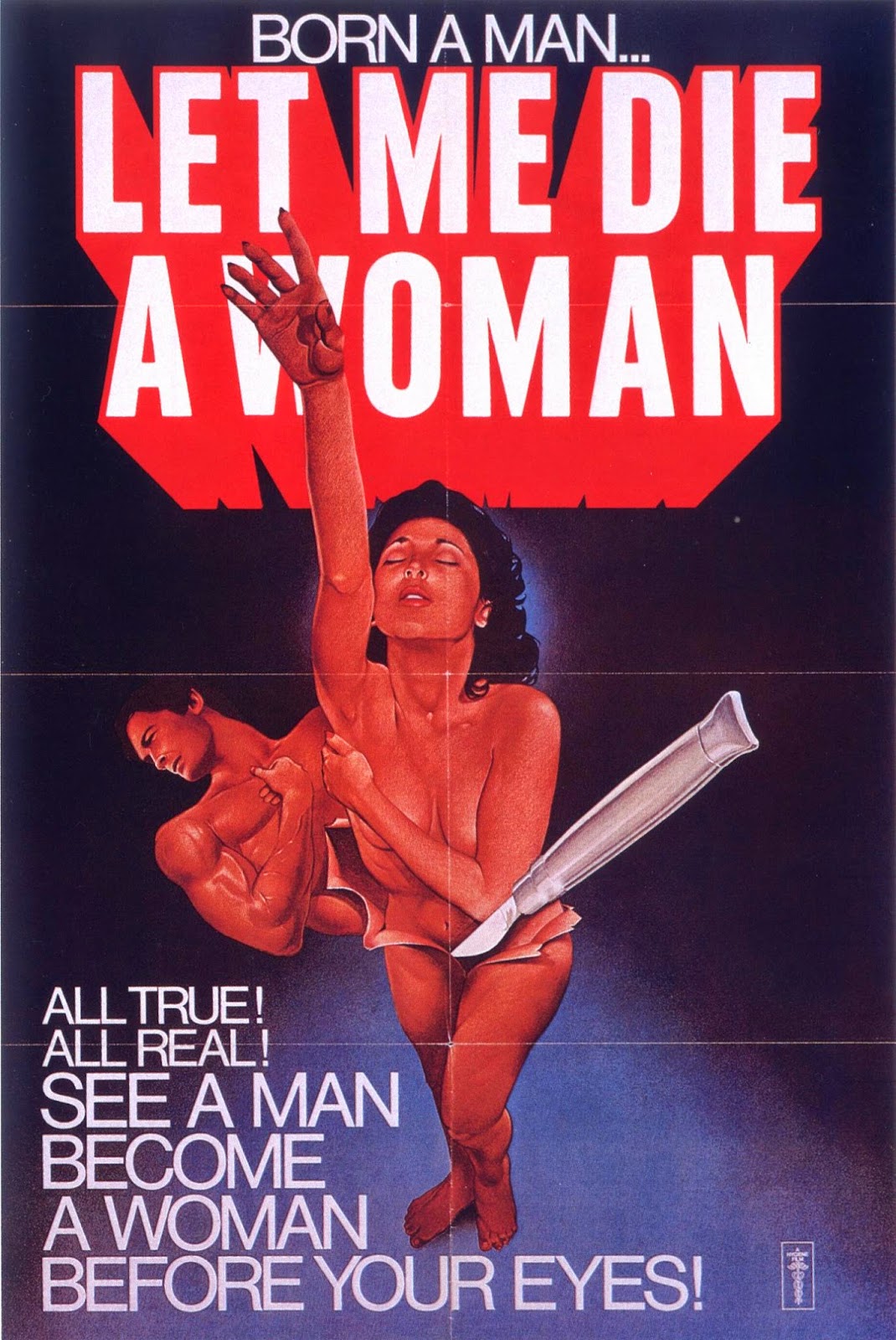 WHAT HAVE BEEN YOUR FAVOURITE ARROW RELEASES?  AND DO YOU HAVE A FAVOURITE ARTWORK OR EXTRA?

For obvious reasons, I’m closer to the titles I worked on personally, and the ones that I produced or co-produced are particular labour-of-love efforts.  To date, I’m proudest of The Long Goodbye and Sullivan’s Travels, especially the latter since its development was a real rollercoaster – I had to create brand new extras in double-quick time after I thought I’d lost a major extra, only for it to be reinstated at the last minute so purchasers got a fair bit more than originally planned.  I’m also honoured to have been peripherally involved with White of the Eye, a release that does its still scandalously underrated director full justice on every conceivable level.

In terms of the Arrow catalogue in general (if I worked on these ones at all, it was generally in a QC capacity when all the creative work had already been done), I think the standout releases are Black Sabbath (and the Mario Bava project in general), Dressed to Kill (ditto Brian De Palma), Invasion of the Body Snatchers, Runaway Train (another longstanding personal fave with some notably good interviews) and the Koyaanisqatsi/Powaqqatsi double-bill.  Oh, and The Texas Chainsaw Massacre 2, although that’s more for the overall package than the main feature.

My single favourite extra is David Forgacs’ commentary on The Conformist, whose every syllable is saturated in the deepest possible knowledge of the film and the surrounding culture.  (I thought I knew the film pretty well before I heard it, but I clearly hadn’t grasped the half of it.)  Although possibly my favourite moment in an Arrow extra is Tom Savini’s sudden realisation during the commentary for Deranged that he’s watching the unexpurgated version, which he’d never seen before.

Favourite artwork?  Probably Jay Shaw’s for The Long Goodbye, which I think nails the film far more effectively than the original posters from 1973 ever managed.

But I also want to put in a word for Arrow’s booklets, since they’re often underrated and sometimes completely ignored by reviewers (I’ve even had one tell me with a straight face that they “didn’t count as an extra” because they weren’t part of the disc), but they often contain material that’s at least as strong as anything onscreen.  For instance, you’ll be hard pushed to find a “making-of” documentary that’s as punchily vivid as Don Siegel’s verbal reminiscences of shooting The Killers, and things like the original early-1960s Life magazine article that inspired Runaway Train are historically fascinating in themselves. 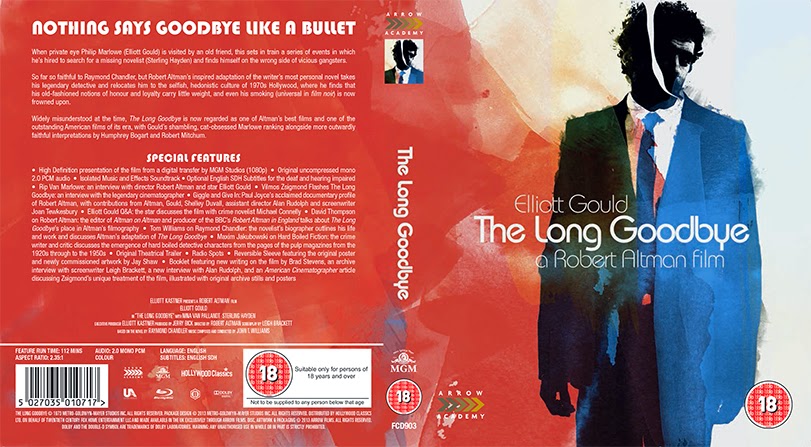 WHAT HAS BEEN YOUR PROUDEST ACHIEVEMENT AT ARROW?

I’m working on it right now!  I actually tried to get a Walerian Borowczyk short-film DVD project going at the BFI circa 2007-08 as a totally logical successor to my Quay/Švankmajer short-film compilations, but in retrospect I’m glad it never came about, because it would have been the palest shadow of what Arrow’s backing.  Just to compare raw stats, the Quay package was two DVDs and a 24-page booklet, the Švankmajer one three DVDs and a 56-page booklet, while Borowczyk is five BDs, six DVDs and a 344-page book.

What’s uniquely exciting about Arrow’s Borowczyk box is that we’re not just creating state-of-the-art HD restorations of many titles that have been next to impossible to see in recent decades, but we’re also attempting the full-scale resurrection of a towering reputation that he last had forty years ago, before he became unfairly dismissed as “that arty pornographer”.  It’s thrilling seeing it all coming together, and it must be even more so for my producing partner Daniel Bird, who’s been trying to get something like this off the ground for a decade and a half.

I’m still pinching myself over how much faith Arrow has shown in this: even a year ago I’d never have believed it could happen, and even a few months ago I assumed it would be a mixture of high definition and standard definition.  But instead, thanks not least to our wonderful Kickstarter backers, every scrap of video (features, shorts, extras, the lot) is in full HD, the only exception being an interview with Borowczyk himself that was filmed on analogue videotape in the mid-80s.  But I daresay we can get away with that. 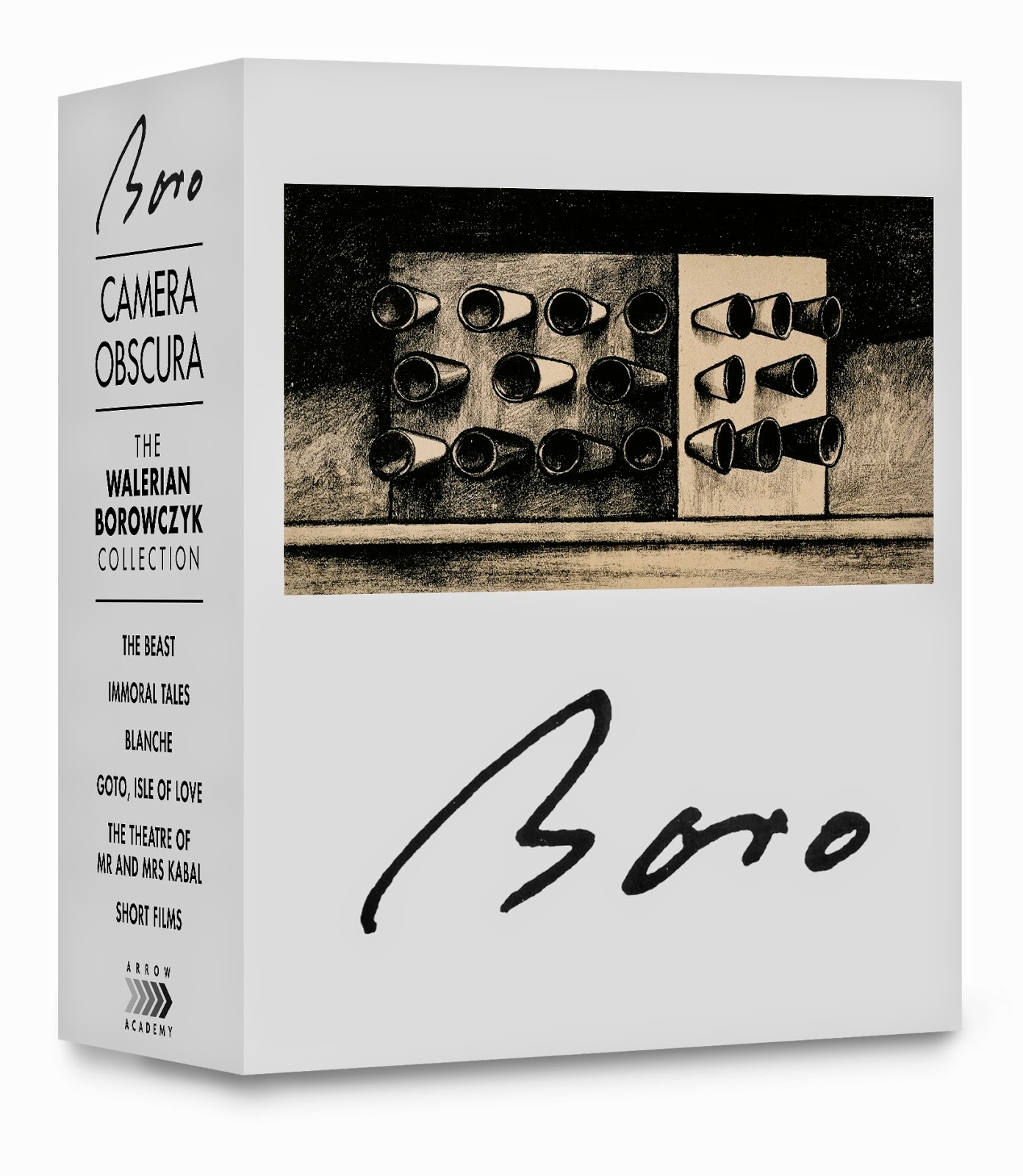 IF YOU COULD GIVE ANY FILM THE ARROW VIDEO TREATMENT, WHAT WOULD IT BE?

Now that the Borowczyk box is nearly signed off, my next dream project would be a box set of all of Ken Russell’s surviving BBC films during his first decade (1959-70): something like 32 separate pieces ranging from arts-magazine fillers running ten minutes or less to full-length features - and almost all dazzling.  But I fear this would be a rights minefield, so I wouldn’t hold your breath.

I’d also love to produce a decent Blu-ray release of Aleksey Balabanov’s work: Of Freaks and Men (1998) would look particularly good in high-def (I saw it in 35mm twice: the DVD releases don’t do it justice), while Cargo 200 (2007) is one of the clammiest, nastiest horror films that I’ve seen since 1970s Tobe Hooper.

But what’s much more realistic is the prospect of more Borowczyk releases: there almost certainly won’t be a second full-scale box, because even his most devoted fans admit that many of the later features aren’t worth restoring (The Art of Love?  Emmanuelle 5?), but I’d dearly love to dig his 1981 masterpiece The Strange Case of Dr Jekyll and Miss Osbourne (to give it Borowczyk’s preferred title) out of the vaults and give it a proper going-over.  Not least because it’s never been commercially released uncut over here, and it’s never had a legitimate DVD release anywhere in the world: every video copy I’m aware of is clearly sourced from VHS, sometimes with fuzzy burned-in subtitles.  It deserves infinitely better for Patrick Magee’s jaw-dropping performance alone.