***Day of the Dead SteelBook update*** 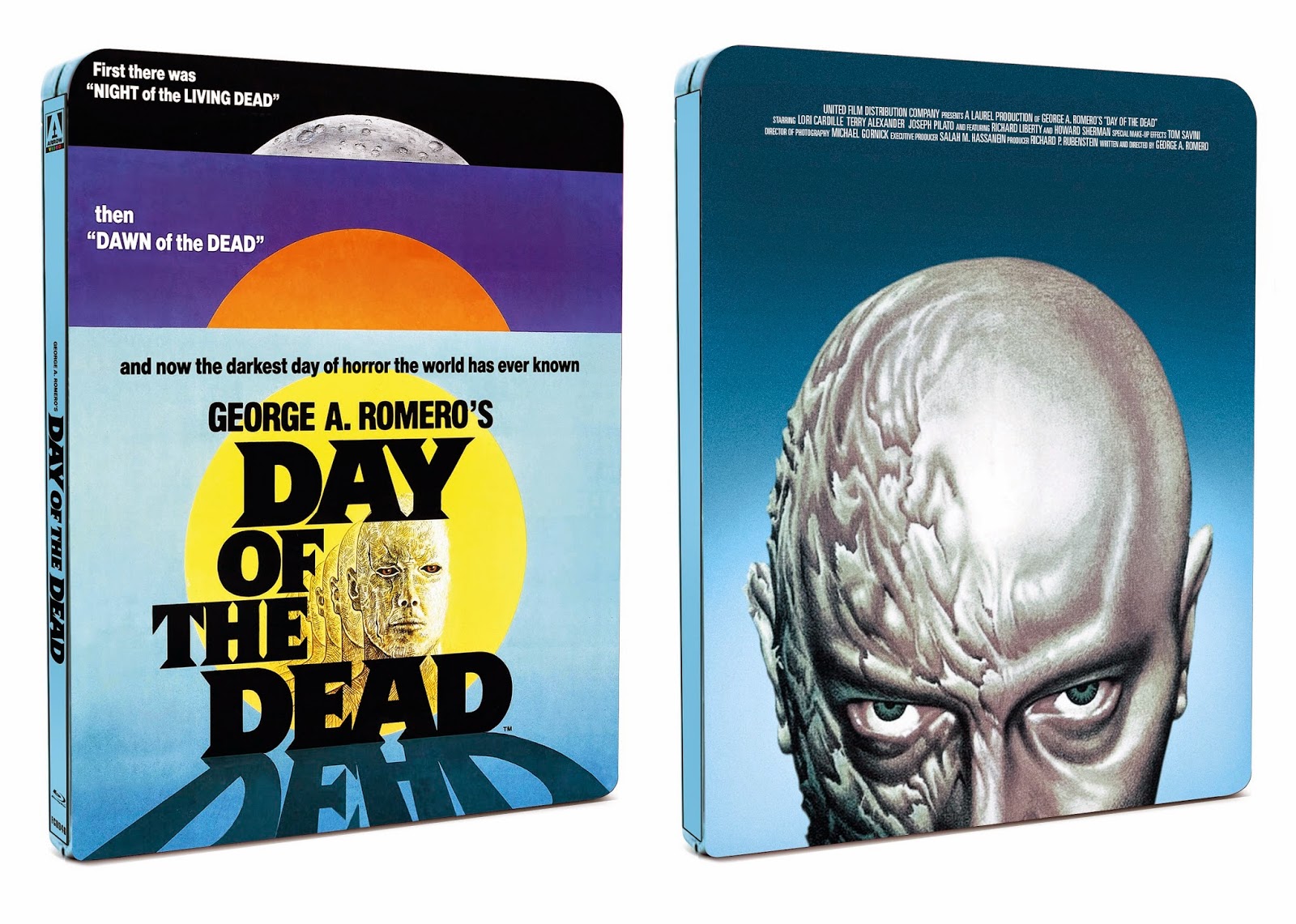 Due to some internal miscommunication, our post revealing the full specs for Day of the Dead was unfortunately incorrect.  The bad news is that the Steel Book will no longer contain a DVD presentation of the film. The good news is that the release will instead be loaded with special features!  We can only apologise for the error and hope that it hasn’t caused too much confusion. The special feature specs are as follows:


Synopsis: A Night of living terror led to a Dawn of false hope, but nothing before will prepare you for the darkest Day the world has known!


Below ground in a fortified installation, scientists conduct experiments to understand the virus that has turned humanity into flesh-hungry zombies. Isolated and deprived of natural light, the researchers begin clashing with their military protectors and it soon becomes apparent that their co-dwellers are just as dangerous and unpredictable as the zombies gathering to enter their safe haven… Director George A. Romero follows Night of the Living Dead and Dawn of the Dead with this stark, unflinching sequel that stands as the series’ most gritty and astoundingly gory instalment.

SPECIAL FEATURES
- Limited Edition SteelBook™ packaging
- Commentary with the special effects team including Greg Nicotero, Howard Berger, Everett - Burrell and Mike Deak
- Joe of the Dead: Acting in a George Romero classic – An in-depth interview with actor Joseph Pilato
- Travelogue of the Dead: On the Rhodes again
- The Many Days of Day of the Dead
- High Definition Blu-ray presentation of the feature

- Behind the Zombie footage
- Romero Zombography
- Photo Album of the Dead
- Souvenirs of the Dead
- Night and Dawn Trailers
- The audio recollections of Richard Liberty
- TV Ads of the Dead
- Wampum Mine Promo
- Collector’s booklet featuring writing on the film by critic and author Calum Waddell , illustrated with original archive stills and posters.