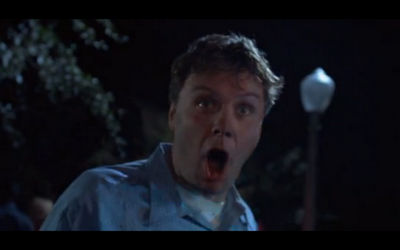 We know you're all very excited about our upcoming Blu-ray release of The 'Burbs. Want to know how we know? Because we're super excited too! And now we're about to make you even more excited with our latest announcement...

Arrow Video is very happy to reveal that their upcoming Blu-ray release of Joe Dante's The 'Burbs will feature a new and exclusive restoration of this much-beloved cult classic. This restoration will be produced by Arrow, overseen by our own Head of Restoration James White, and will be sourced from the film's original elements held by Universal.


And just in case that wasn't enough, our release will also include deleted scenes, an all-new feature length making of documentary featuring interviews with cast and crew, as well as some very exciting extras to be announced closer to the release date.

So what are you waiting for?! Pre-order your SteelBook and Amaray copies today!

Sardine, anyone?
Posted by Arrow Video at 09:26