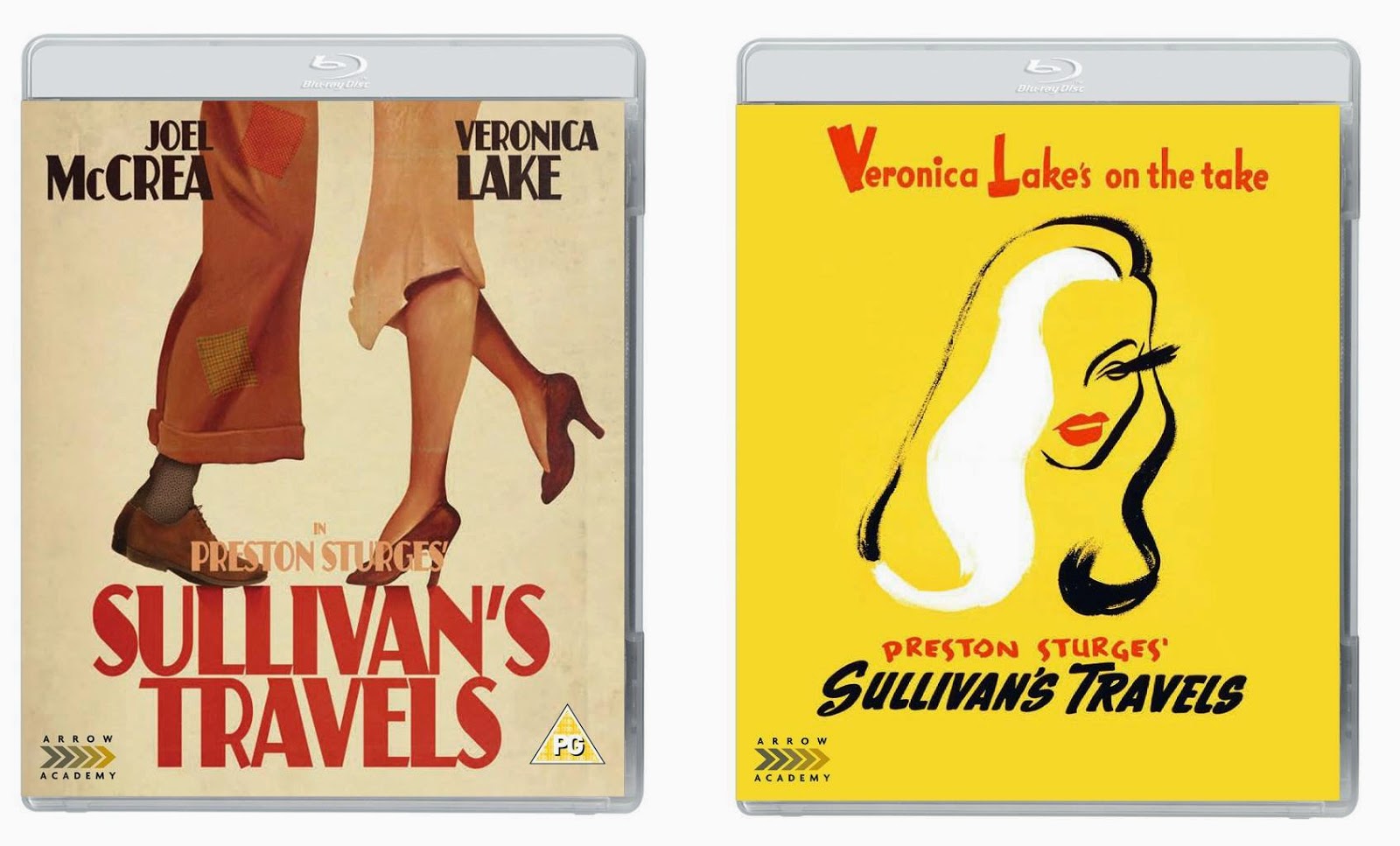 With our release of Sullivan’s Travels hitting shelves on May 26, we at Arrow thought it would be a good time to share a list of our top 10 screwball comedies. For those unfamiliar with the genre, which peaked in popularity from the early 1930s to the early 1940s, these films are largely characterised by fast-paced dialogue and a ‘battle of the sexes’ in which the female characters dominate their male counterparts, flipping the traditional Hollywood depiction of gender on its head. While there are so many films in the genre that deserve to be seen, here are a few of our favourites… 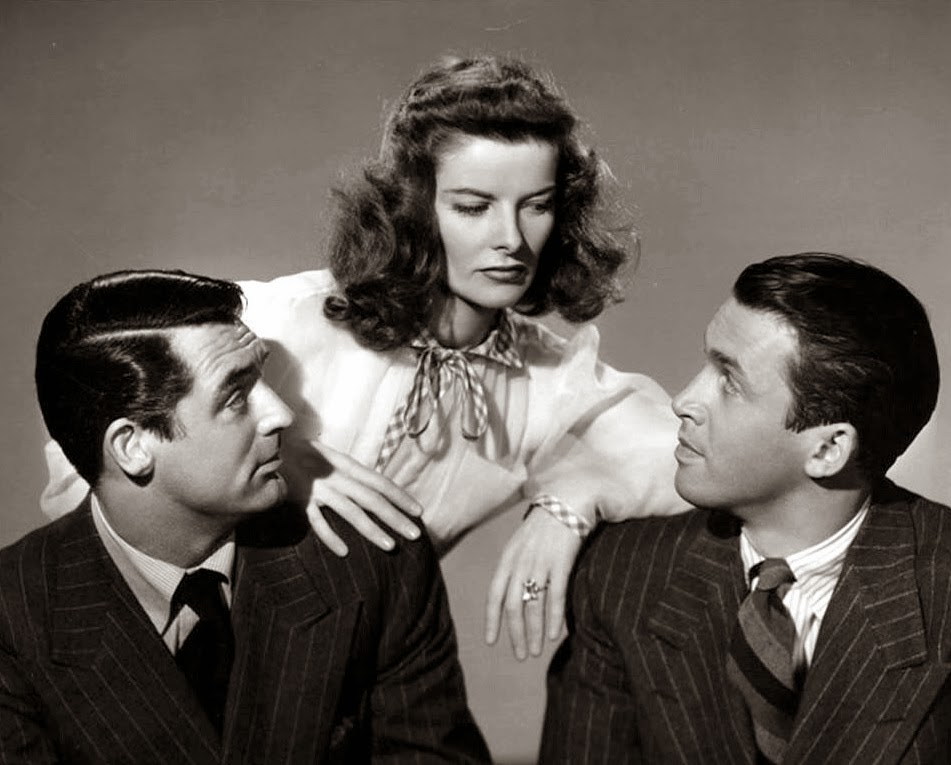 Cukor’s film stars two of the most iconic screwball leads; Cary Grant and Katherine Hepburn. These two appeared together in numerous films within the genre and, partnered here with James Stewart, they show why. The film depicts events surrounding the wedding of wealthy socialite Tracy Lord (Hepburn), whose special day is complicated by the arrival of her ex-husband (Grant) and a tabloid journalist (Stewart). 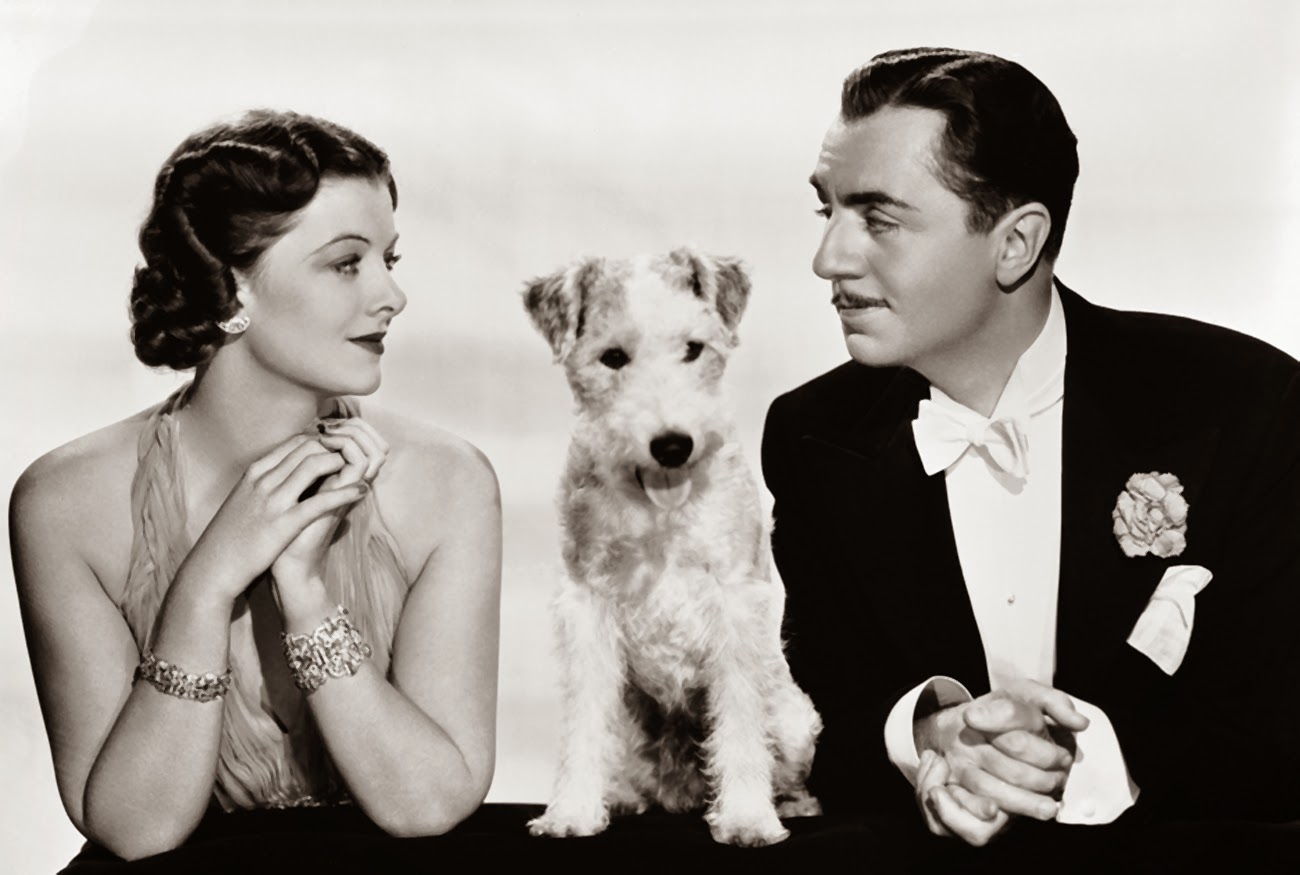 This hugely entertaining film blends screwball elements into a story more typical of film noir than comedy. Based on a book by the legendary hardboiled-crime author Dashiell Hammett, The Thin Man introduced the world to Nick Charles (William Powell), a former private eye drawn out of retirement by the disappearance of a friend, and his socialite wife, Nora (Myrna Loy). While the story primarily focuses on Nick’s investigation of the disappearance, the film’s greatest strength is the on-screen chemistry between Powell and Loy, whose brilliantly comedic back-and-forth proved so popular that it spawned five further Thin Man films. 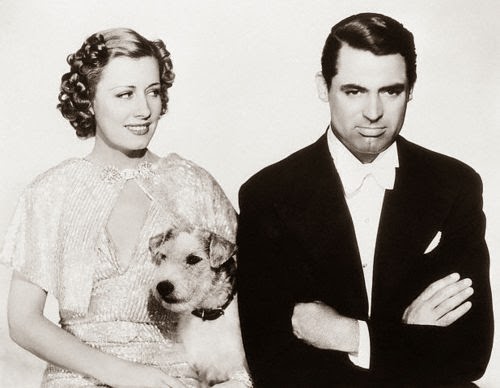 Cary Grant and Irene Dunne star in this story of a divorced couple who take it upon themselves to ruin each other’s romantic prospects as they attempt to move on (marriage and divorce was a recurring theme in the screwball comedy). This was the film in which we first saw the comedic persona that would come to define Grant’s roles for years to come, and he gives as good as he gets from Dunne as they sparred onscreen. One of Grant’s greatest roles, his perfectly comedic performance is matched by McCarey’s beautiful direction and tight pacing, which won him the Academy Award for Best Director. 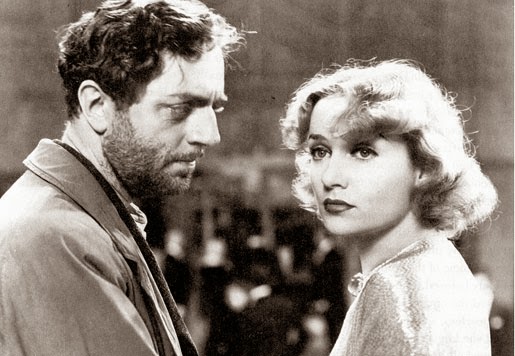 William Powell stars again in this one, playing the titular Godfrey, a homeless man who is hired by a rich socialite to be her family butler. The socialite is wonderfully portrayed by another stalwart of the genre, Carole Lombard, whose scatter-brained performance is the perfect foil for Powell’s charm and wit. Powell and Lombard had been married and divorced by the time the film was made, and perhaps this shows in their banter. The leads are supported by a brilliant supporting cast, particularly the superbly comedic character actor Eugene Pallette as Lombard’s father. 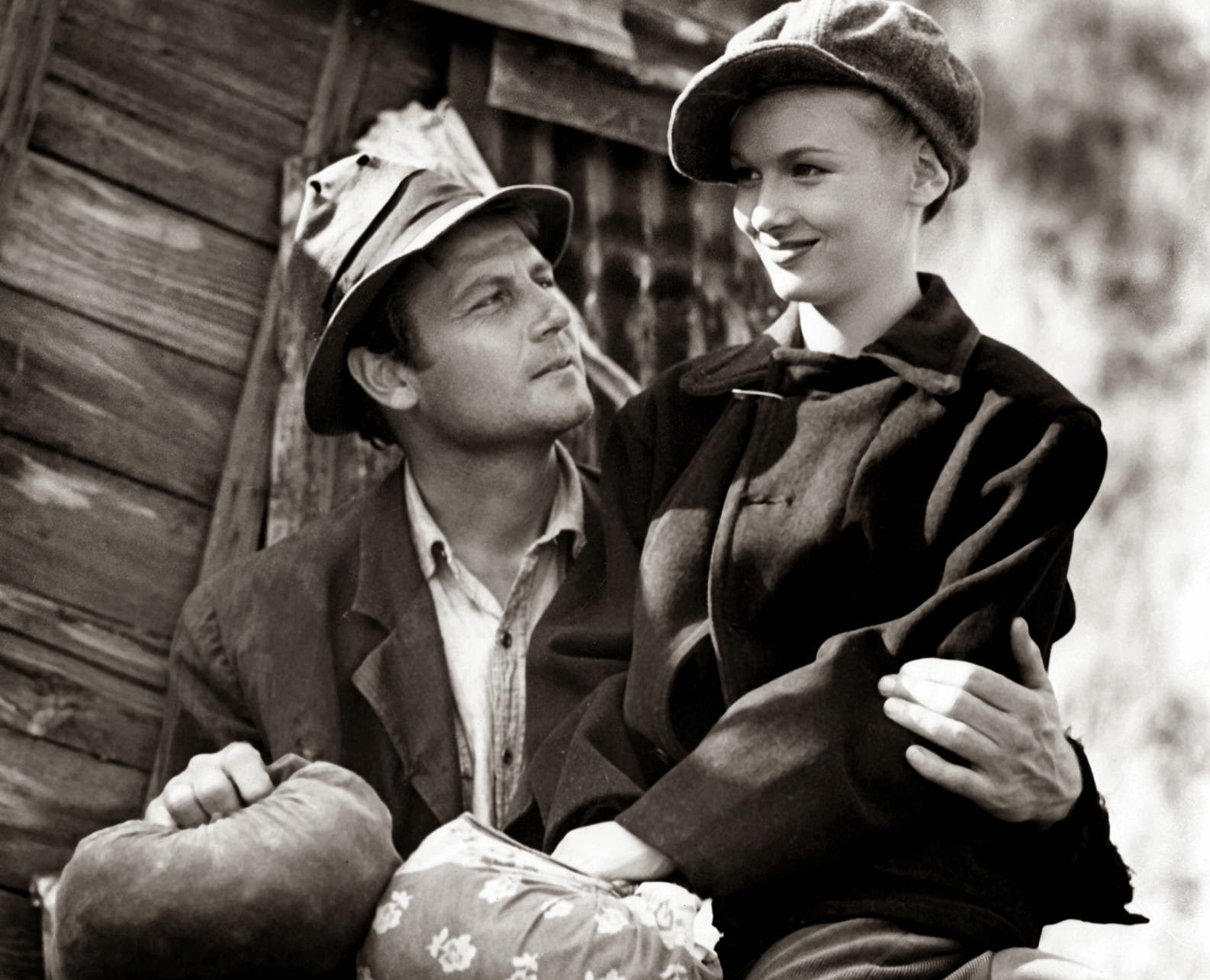 Alongside Howard Hawks and Ernst Lubitsch, there was no better screwball comedy director than Preston Sturges, and few better films about making films than Sullivan’s Travels. The film tells the story of a director who wants to quit making the screwball comedies that he is famous for in favour of making a socially relevant drama. Knowing nothing of a life of troubles, he sets out dressed as a tramp to explore the world of poverty he so desperately wants to depict. The film is one of the greatest Hollywood satires of all time, and features great performances by Joel McCrea as the director, and Veronica Lake as a failed actress he meets on his journey. 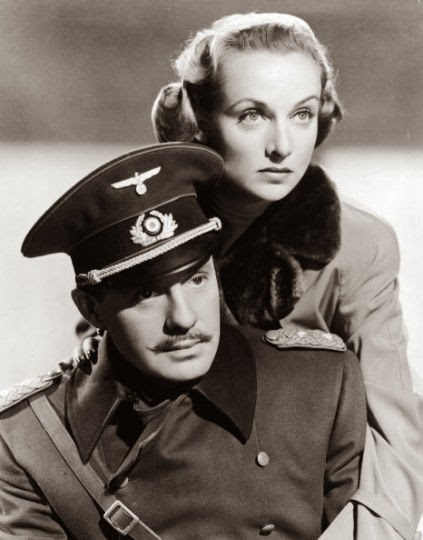 Not just one of the best screwballs, To Be or Not to Be is one of the most important comedies ever made. Both blackly comic and biting in its political satire, the film depicts a troupe of actors trying to escape Nazi-occupied Warsaw by any means necessary, including impersonating Hitler himself. The film stars the incomparable Jack Benny as the troupe’s leading actor and, in her final screen role before her untimely death, Carol Lombard as his actress wife. Along with The Great Dictator, this was among the first films to satirise the Nazis at a time when most people couldn’t understand the point of searching for humour in such an ugly place. 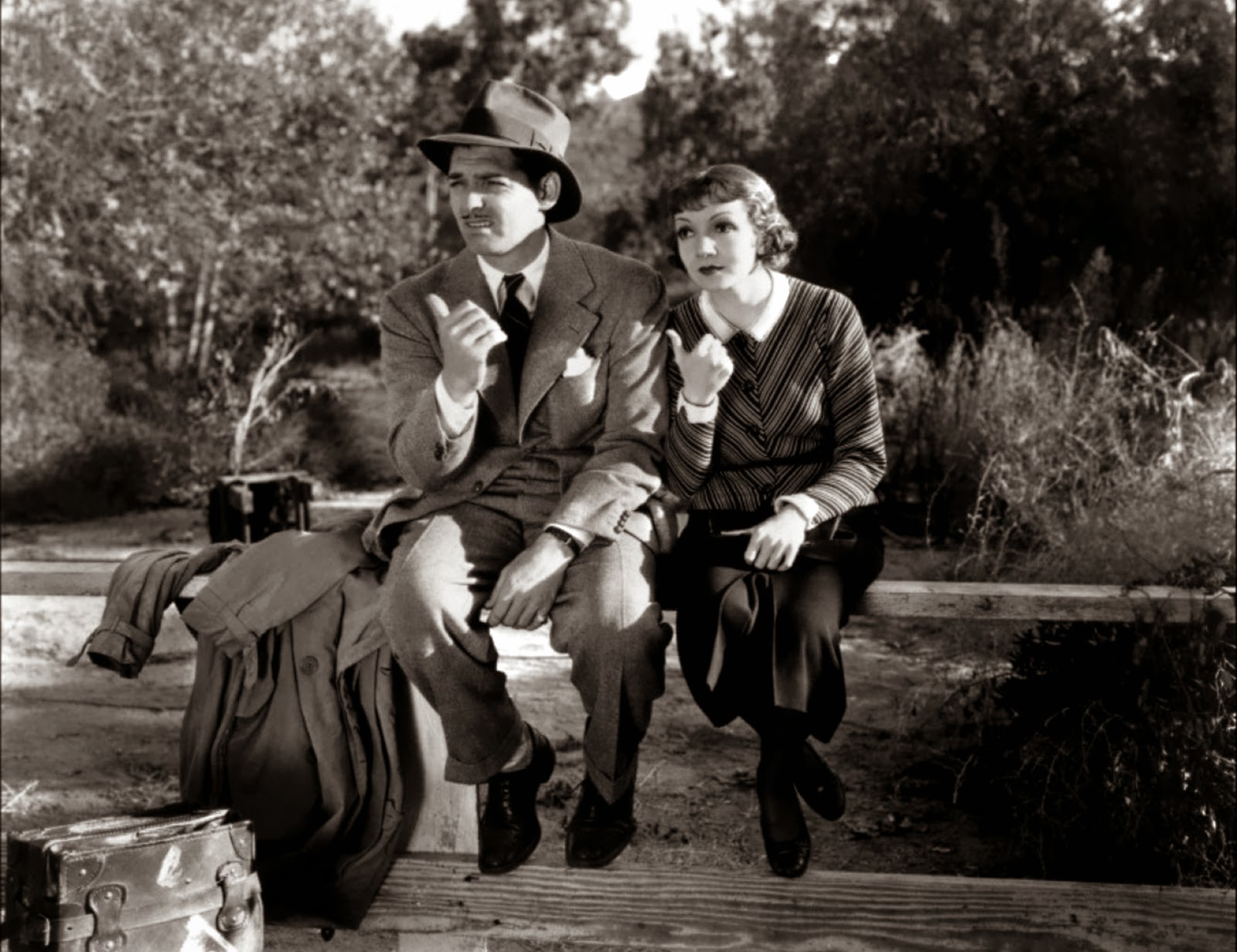 Long before he made the film for which he is best remembered today, It’s a Wonderful Life, Frank Capra had an unprecedented success with this story of (once again) a rich socialite who runs away from her domineering father to reunite with her fortune-hunting new husband. Along the way she meets an out-of-work newspaper man who offers to help her in exchange for the exclusive on her story. It Happened One Night was the first of only three films to win the so-called ‘Big Five’ at the Academy Awards (Best Film, Best Director, Best Actor, Best Actress and Best Screenplay) and you can see why, especially in the chemistry between lead actors Clark Gable and Claudette Colbert. 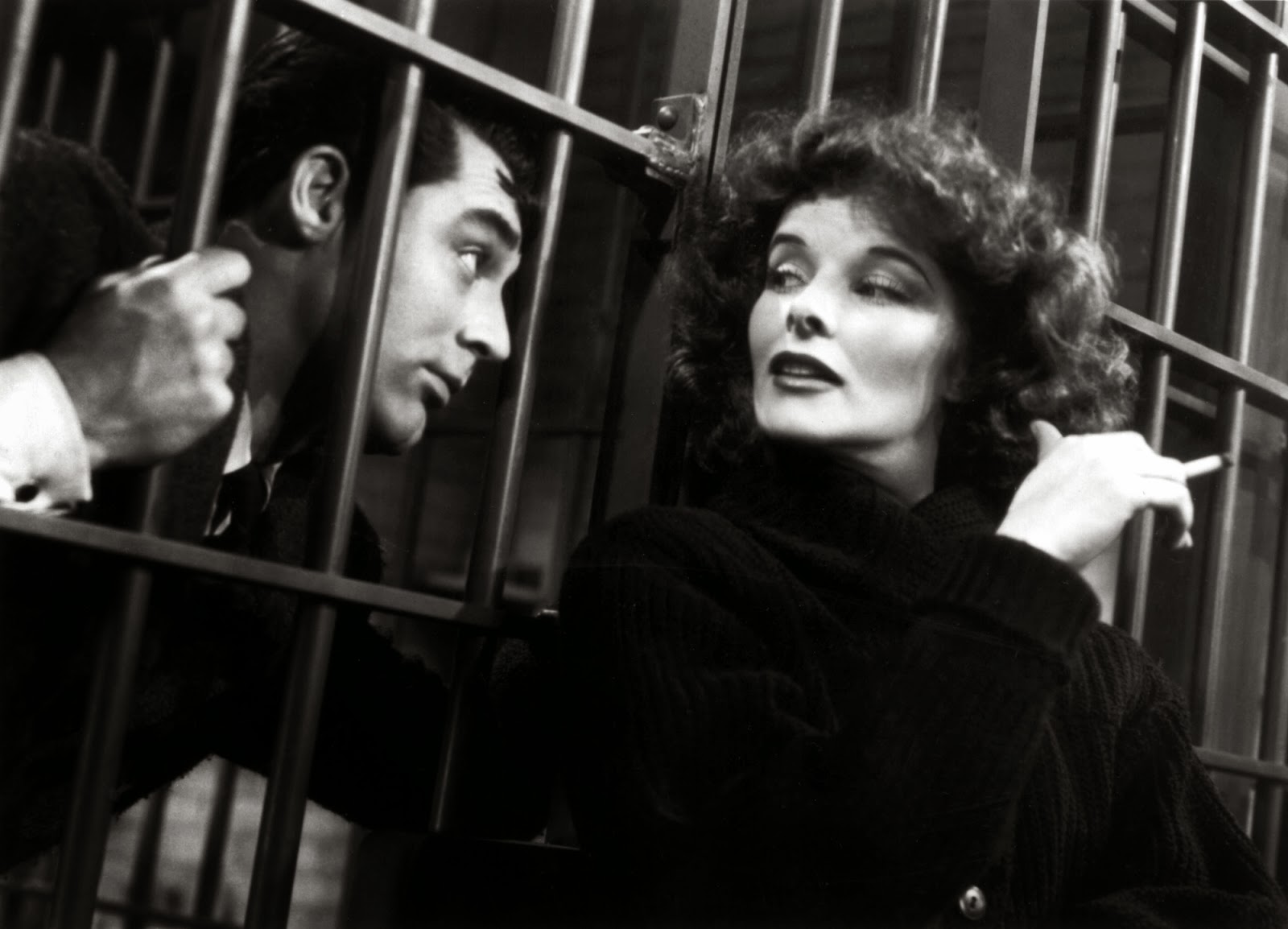 Howard Hawks made films in such a diverse mix of genres, including Westerns, dramas, film noirs and musicals, but his work in the screwball comedy genre is perhaps his crowning glory. Bringing Up Baby stars Cary Grant as a palaeontologist who, in his pursuit of a million-dollar donation for his museum, ends up hunting a leopard in Connecticut with, you guessed it, a rich socialite played by Katherine Hepburn. If one film best sums up the gender inversion of screwball comedies, it was Bringing Up Baby, in which Grant’s effeminate scientist is dominated by Hepburn’s crazy and confident socialite. It also features some of the best lightning-quick dialogue for which the genre is known. 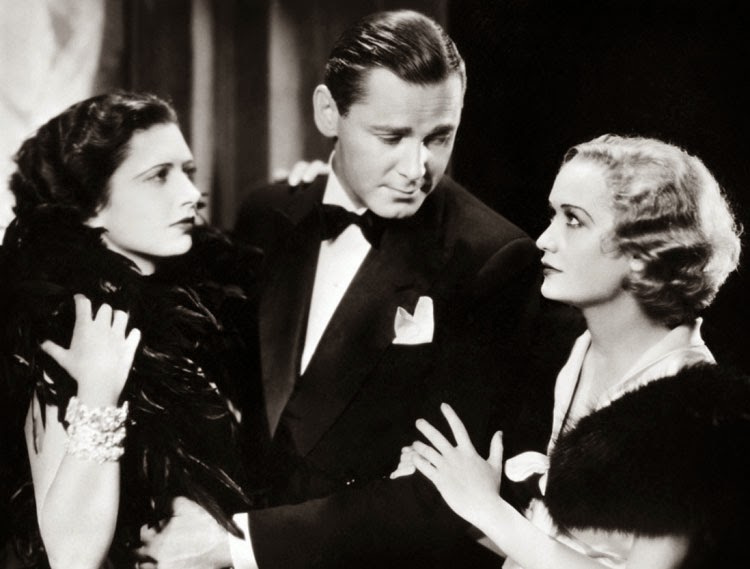 While so many of Lubitsch’s comedy efforts could have made it onto this list, Trouble in Paradise was both one of Lubitsch’s own favourites and well ahead of its time as one of the earliest examples of the genre. It tells the story of the love triangle that develops between conman Gaston Monescu (the brilliant Herbert Marshall), his thief girlfriend (Miriam Hopkins) and the beautiful woman who is supposed to be Monescu’s ‘mark’. Unlike many of the films in the genre, it was made before the restrictive Production Code began to be enforced in Hollywood, and as such the film is full of the sexual innuendos and unpunished immoral behaviour that disappeared during the ‘Code years’ (the film was actually banned from rerelease until the late 1960s due to the code, and the film’s content). 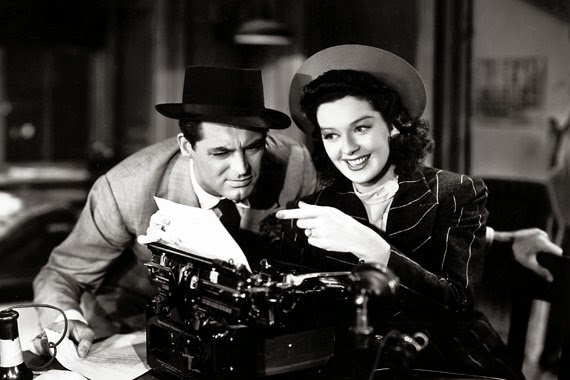 In the entire history of the screwball comedy, there is no film quite like His Girl Friday. Adapted from the hit play The Front Page, the film changed the gender of one of the lead actors from male to female, and from there one of the genre’s greatest battle of the sexes was born. The film tells the story of newspaper editor Walter Burns (Cary Grant, once again) who hires his ex-wife Hildy Johnson (Rosalind Russell) to cover the story of a death row inmate as a way to sabotage her plans to marry another man. Even by screwball standards, the dialogue is fast beyond belief and the film races along as Walter repeatedly tries and fails to outwit his ex. Add to that some hilarious ‘inside’ jokes (such as Walter telling his ex’s fiancée, played by Ralph Bellamy, that "He looks like that fellow in the movies, you know...Ralph Bellamy!") and you have a film that has rarely been bettered in the comedy genre to date.