Philippe Mora remembers 'The Beast Within' - plus featurette sneak-peak! 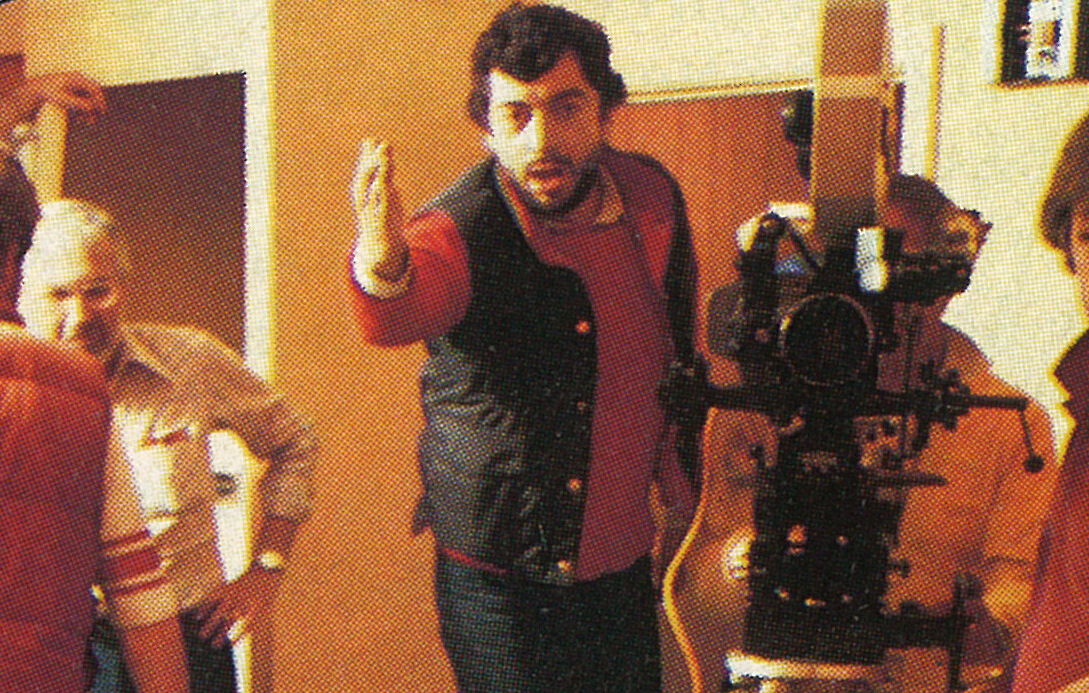 We love working on each and every release here at Arrow Video - but it's a particular pleasure when the talent behind the movie are just as enthusiastic as we are. Case in point: the true gentlemen and scholar that is Philippe Mora, director of The Beast Within. To assist with our release, Philippe was kind enough not only to send us scans of his original storyboards but even took the trouble to record his own audio commentary to accompany them. The end result is a fantastic featurette that takes pride of place on our upcoming Blu-ray/DVD Dual Format release.


In today's blog post, the director talks about his storyboards for The Beast Within and shares some of his recollections of the production process. Take it away Philippe!

Remembering The Beast
by Philippe Mora

The graphic scenes in The Beast Within challenged the censors of the MPAA at the time. I drew the storyboards to show the studio how I was going to shoot the assault at the start of the film. Inter-species sex was completely beyond the pale in 1980 for a studio picture so this had to be done...suggestively or mysteriously. Now anything goes, or you can show anything, and in a way I think we are worse off for it.
In horror, in my opinion, the suggestion is often more frightening. I prefer the "artistic" shower sequence in Psycho to the graphic strangling in Frenzy with its nudity.

At the time the ratings authority, the MPAA, was very concerned also about any shots of severed limbs. The judge's head being ripped off became a big negotiation to a farcical extent: We could swap three "f**ks" in dialogue, for example, lose one severed limb, lose the shot of the judge's bow tie flying into the toilet bowl and keep the judge's head being ripped off. Personally, I still miss that bow tie in the loo.

Tastes are jaded or non-existent now, and in a desperate attempt to get attention, the vile genre of 'torture porn' was born.  But back to The Beast Within: it was pilloried as disgusting, disturbing blah, blah, blah on release. There were some good reviews. I had made every effort with the aid of the cast to get some sly humor in it. It was not your normal horror film. The producer Harvey Bernhard encouraged me to go extreme. That was my brief. He loved the shot of a part of a man's head leaving his skull in Mad Dog Morgan. He laughed hysterically in the dailies at the giant tongue emerging when The Beast morphed. I did too. Unfortunately I couldn't sell Grand Guignol and we toned it down. It's still outrageous. Like looking at a Francis Bacon painting animated by Chuck Jones.

As a kid I was totally uninterested in plot when I saw a horror movie like Frankenstein or Dracula plot was the boring part. Plot may be Hollywood's most boring contribution to cinema. Anyway, we did have fun convoluting the plot so that an Escher print looks simple by comparison. The real horror in the film is trying to figure out the story. By the way, writer Tom Holland and I are good friends to this day. In fact, he paid for lunch last time we met.


So the storyboards basically looked rather pristine, neat and tidy, and gave a strategic impression of chilling precision. Shooting in mud and rain with brave, naked stunt women somewhat changed the drift. As I have noted elsewhere, the key grip proposed to one of these women immediately after she had been ravaged by The Beast, and they married two weeks later!

And in case that wasn't enough, here's a sneak-peak at our featurette 'Storyboarding The Beast':

The Beast Within is released on Dual Format Blu-ray/DVD on May 12th - head here to pre-order your copy now!